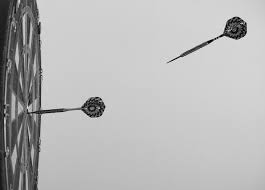 The second round of the BDO World Darts Championship gets underway in the men’s draw at the Lakeside Country Club on Wednesday while the first round for the women finishes on what is another busy day of arrers.

Some of the biggest names in the BDO will take to the famous stage on Wednesday which should make for some decent darts with plenty of drama. We’re up to the best of seven sets for the men now.

The day begins with the 2015 champion Scott Mitchell in action. He takes on the dangerous Belgian player Geert de Vos before the one remaining ladies match in the first round as Corinne Hammond faces Patricia Farrell. The session concludes with a clash between Martin Adams and Jeff Smith. They meet for the second time in as many years. Smith won their first round clash last year 3-0.

It is the men all the way in the evening with three tasty looking tussles as the Brits take centre stage. Darryl Fitton plays Pip Blackwell in the first of the matches before Jamie Hughes and Jim Williams meet in a juicy looking encounter. Wednesday’s action finishes with Glen Durrant taking on the unseeded qualifier Paul Hogan.

I’m going with two bets on the card on Wednesday. The first of them is right up in the first match as Scott Mitchell takes on Geert de Vos and it is the Englishman who I think will come through that one. We might not have seen the best of Scotty Dog in the first round but we know how good he is. We know how good de Vos is too but missed doubles are a regular feature of his. I don’t think he can afford that here so I’m with Mitchell in this one.

The match I’m most looking forward to win the evening is the one between Jamie Hughes and Jim Williams. These two both played some lovely darts in the first round and I’m expecting them to improve now they have the early nerves and pressure out of the way. I don’t see either winning this easily and while I would fancy Hughes to come through I fully expect at least six sets in this one if not all seven.

In the other matches I like Darryl Fitton to come through against Pip Blackwell but I can never bring myself to back the Dazzler on a handicap just because of the ridiculous number of doubles he misses and we’ve already seen Blackwell take advantage of missed doubles in this tournament. Glen Durrant should see off Paul Hogan while the Adams vs Smith match is a coin flip, one I hope lands on the side of my outright bet – Smith.