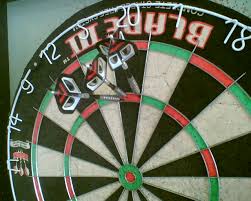 It is week seven of the Premier League Darts season and the roadshow leaves Great Britain and Ireland for the first time in the campaign as the action this week takes place from Rotterdam. With Judgement Night getting closer and closer wins are becoming more important for so many players.

The action gets underway with a clash between James Wade and Jelle Klaasen, both of whom suffered heart-breaking last leg defeats last week. Klaasen goes into the week on the bottom of the table while Wade is on the fringes of the top four.

Wade has lost his last two matches after a bright start this season but they were both 7-5 and there was a tinge of misfortune in both losses. Klaasen has played well in spurts but hasn’t finished off matches and he revealed this week why that is as he is struggling with a wrist injury. You have to play the full 12 legs well against Wade and if Klaasen can’t do that Wade looks a good bet here. 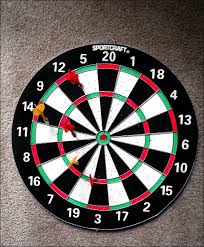 The two most colourful players in the Premier League clash in what is a big match for the Scot. He goes into the week on top form and leading the pile while Dave Chisnall’s two wins a couple of weeks ago alleviated any immediate relegation fears.

This should be a great match. Both men are throwing well and when they throw well we get 180s. Dave Chisnall got battered by Gary Anderson last week but he still slammed in four 180s while Peter Wright has been peppering the 60 all season. Chisnall leads the 180s for the season and Wright is averaging more than three a match so I like over 7.5 180s here.

One of the matches of the night is the one between the two superstars of the game. Raymond Barneveld will be looking to build on last week’s win over Jelle Klaasen while Gary Anderson will be looking to surge towards the top of the table.

Barneveld won’t need reminding his recent record against Gary Anderson is little better than pathetic. He has lost their last 11 meetings although in the majority of them he has been close which is of some comfort. Anderson produces his best against Barneveld. Anderson only hit four 180s in his first two matches but he’s slammed in 21 since. Barneveld hasn’t hit less than three in a night yet this season so I’m expecting plenty more 180s here. 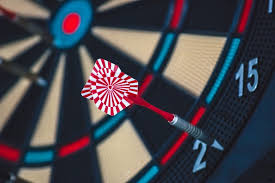 You would think with the matches he has to come this is must win for Kim Huybrechts if he is to survive Judgement Night. Lewis’ win over Taylor last week gave him some breathing space but he’ll be sucked back in should he lose this match.

Lewis revealed on Twitter during the week that his pregnant wife was in hospital so that could play on his mind in this match although it is to his full credit that he performed admirably in spite of that last week. Huybrechts has been playing well this season without actually getting over the line in as many matches as he should. Something is telling me the Belgian is the value here but it isn’t a match I’m interested in betting on.

The evening ends with the home star taking on the greatest player to have lived in what should be an absolute cracker of an occasion. Taylor has won three of his last four matches against MVG but he is scaling down his competitive action which might be a hindrance.

Van Gerwen came back after his week off last week and averaged well over 100 but there are these doubts over his fitness. I think he’ll win the match but there isn’t enough at 2/5 to convince me that he is any kind of value. I’ll sit this one out and enjoy two of the best going at it.