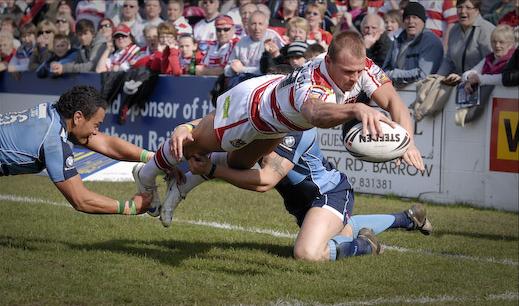 The second set of matches in the Rugby League World Cup draws to a close on Sunday when three more juicy looking clashes take place in the tournament. The potential quarter final draw is starting to take shape now and on Sunday the picture is likely to become a little clearer.

Having had the matches in Groups A and B earlier in the weekend it is the turn of the other two groups to take centre stage on Sunday where we are guaranteed plenty of graft and no shortage of passion.

The action begins in Townsville here Italy and the USA face a huge match against each other. Both sides lost their opening match of the tournament last weekend so if they want to remain in the competition this is a fixture they simply have to win.

Italy will be most disappointed from last weekend. They went into their match with Ireland expected to come out on top but failed and in truth they never landed much of a blow on the Irish. USA were well battered by Fiji but I don’t think they will be the only ones who suffer from that fate as this tournament goes on.

I thought in attack that USA looked pretty decent last week so I expect them to put up points in this match. Whether that is enough to win the game I have my doubts but I do think they have enough in them to remain within 22pts at the very least unless Italy have hidden something we didn’t get to see up last week up their locker.

Two sides who won their opening matches last weekend will meet on Sunday with the winners having more than a foot into the quarter finals. The losers will get a second chance to progress next weekend but may not have destiny in their own hands so this is a huge contest.

Papua New Guinea looked good last week but whether they beat much in the Welsh side I have my doubts I must admit. Ireland put Italy away tidily last weekend and they look like they have the oomph through the middle needed to compete with PNG but whether they can tame the conditions will be interesting to see. This one is an interesting match in the overall tournament picture but as a betting proposition I don’t like it.

One side who made a real impression in the tournament on the opening weekend were Fiji and they get the chance to follow up that impressive start to their campaign when they take on a Wales side who were not at the races last week.

John Kear will have been disappointed by that but you get the feeling this is a looking to the future exercise for the Welsh with their aim of taking the experience and learning from it to maybe push for a Four Nations place and be in a position to challenge in the next World Cup.

That isn’t the case with Fiji. You don’t get Jarryd Hayne and the likes of Akuila Uate etc back in the mix if you are not taking an event seriously and I expect them to be bang on it in this match.

We did see a fallability in the Fijian defence last week which Wales will hope to exploit and I would be surprised if the passionate Welsh side don’t cross the try line a couple of times but keeping Fiji out is going to prove difficult. With all that in mind over 55.5pts looks perfectly possible to me.