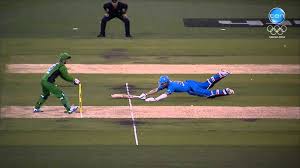 The CSA T20 Challenge continues on Saturday as the second day of the competition sees the last two sides getting their campaigns underway before two teams who played on Friday competing again for their second outing.

Once again both the matches are live on Free Sports in the UK so there is no reason to miss out on any of the action on what should be a good day with the defending champions getting their title defence underway and the home side back on show.

The first match of the day sees the Highveld Lions getting their title defence underway when they go up against the only other side yet to step onto the field in this tournament in the form of the Warriors, in a clash both will be eager to win with the league phase matches halved this season.

The Lions have been one of the better T20 sides in South Africa for a while now and they are my outright pick so I’m expecting big things from them here. The Warriors were one of the three sides I was happy to write off but we saw on Friday that conditions could be a leveller in this competition so I’m going to see how both play on these pitches before committing my money on either. I can hope for a Lions win for outright purposes without getting involved in them at a short price.

The second match of the day will see two teams who had very different outcomes in their first matches on Friday battling it out when the Knights, who were soundly beaten in their first game, take on the Dolphins, who started off their campaign with a very comfortable victory.

The big problem for the Dolphins going into this match is that Andile Phehlukwayo disappeared without finishing his first over on Friday and having not returned to the field you wonder if he will be fit to feature in this game. The likelihood is that he won’t be which is going to effect the balance of the home side. You wouldn’t really want to back the Knights after their batting collapse in the first game either, although you would think that was a one-off when you look at the quality within their batting order.

That puts me off getting involved in the match betting but I do like the under in the runs. I say that because the scoring is only going to get lower in this tournament. We saw the state of the square on Friday which was already dry as a bone and with the sun beating down on it on Friday and again on Saturday the pitches are only going to get harder to score on. That makes me think the 301.5 runs line is a bit on the high side. Neither match covered this on Friday. I don’t expect this to either.