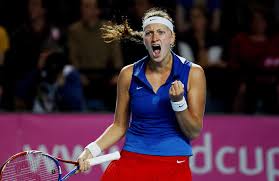 The women’s draw for the Australian Open has the potential to deliver a huge number of stories right throughout the bracket so we should be in for a fascinating couple of weeks as the opening Grand Slam of the year takes place down in Melbourne.

Naomi Osaka continued her rapid rise through the game here last year when she landed her second major title and she is back to defend the crown. Some big names are in great form though so this promises to be a great fortnight.

As with the men’s draw, the tournament bracket has already been pre-drawn and everyone in their places to prepare for the event. From the first round until the last ball is hit in this tournament each match will be the best-of-three sets but unlike in previous years should the final set reach 6-6 a champion’s tiebreak will be played with the match winner being the first to 10pts with at least a two point advantage.

The world number one and home favourite Ash Barty heads up the seedings in the top quarter. She will meet the beaten finalist of a year ago in Petra Kvitova in the quarter final if everything goes to the rankings but there are six other seeded players looking to stop that from happening in a packed quarter of the draw. They are Ekaterina Alexandrova, Maria Sakkari, Madison Keys, Petra Martic, Alison Riske and Elena Rybakina.

There is a lot of fresh seeds in the draw this year which means that we have some household names who aren’t seeded in each section. Julia Goerges is probably the best known in this part of the draw. Daria Kasatkina is another while Shuai Peng and Kaia Kanepi are two other players who have been to the business ends of tournaments like this in the past.

The defending champion Naomi Osaka has been drawn in the second quarter this week but this is not the place to be. This is absolutely loaded with talent with Serena Williams seeded to clash with her in the quarter final. There is no guarantee that happens though because the other seeds in this part of the draw are Qiang Wang, Dayana Yastremska, Jo Konta, Sofia Kenin, Sloane Stephens and Barbora Strycova. That is going to take some getting through.

The Wimbledon champion Simona Halep will go looking for a third different Grand Slam crown from the third quarter of the draw and the Romanian will be quite happy with where she has landed. US Open semi-finalist Belinda Bencic is the next highest seed in this quarter with the others being Anett Kontaveit, Donna Vekic, Aryna Sabalenka, Elise Mertens, Karolina Muchova and Danielle Collins, so this is open and competitive.

There are some big unseeded names in here too headed by Maria Sharapova, who will be looking to have a big couple of weeks. Su-Wei Hsieh, Yulia Putintseva, Kirsten Flipkens, Carla Suarez Navarro, Alize Cornet and Jelena Ostapenko could all easily have good runs here while from a British point of view there is Heather Watson looking to make progress here.

It is the second seeded Karolina Pliskova who will attempt to win her first Grand Slam title from the bottom quarter of the draw. Elina Svitolina is seeded to be her quarter final opponent and time will tell if that match materialises. Anastasija Sevastova, Amanda Anisimova, Kiki Bertens, Marketa Vondrousova, Angelique Kerber and Anastasia Pavlyuchenkova are the other seeds in this quarter.

Some big names who are no longer seeded are hiding in this quarter of the draw as well with Kiki Mladenovic, Taylor Townsend, Coco Vandeweghe, Jessica Pegula and Svetlana Kuznetsova all in this section. Former Grand Slam winner Garbine Muguruza is another unseeded player in this part of the draw so although the big names might be elsewhere, this section is another one that is absolutely loaded.

I’m going to go with two bets in the bottom half of the draw. I’m going nowhere near that top half given the quality on show in it. The person I like most in the bottom half is Danielle Collins. I’ve backed her for a couple of Slams already and she hasn’t really delivered on them but having made a quarter final and a semi-final this season so far I’ve got to give her another go, safe in the knowledge that she comes into this tournament in decent nick. She is in the third quarter which is probably the place to be and at 40/1 looks worthy of a fair investment.

I’ve been keeping my eye on Anastasia Pavlyuchenkova and although she comes in here with a last 32 and last 16 finish in Brisbane and Adelaide respectively, she took Petra Kvitova and Ash Barty to deciding sets in both matches and looked pretty good at times. I’ve noticed the Russian a few times over the last couple of years and so in this wide open bottom half I’m prepared to give her a chance here. When you think the top seed in her quarter, Karolina Pliskova, has a tough first round test against Kiki Mladenovic and then potentially Taylor Townsend after that, the quarter could easily open up. She’s a long shot at 200/1 but Pavlyuchenkova could easily outrun those odds.

There are few players heading to Melbourne in better form than Elena Rybakina. She made the final of the Shenzhen Open where Elise Mertens were among her victims and then she won Hobart last week taking care of some handy opposition along the way there as well. The Ukrainian should be flying coming into this tournament as long as those exertions don’t take too much out of her.

Often at this time of the year form actually counts for something when the big names can be a little rusty. Rather than back Rybakina to win the tournament I’ll take her for her quarter at a huge price, because for an outright payout we would need her to beat the winner of the second quarter and that is likely to be someone very good. This way we can hopefully sit back and watch the semi-final without caring who wins so I’ll take Rybakina in the top quarter.