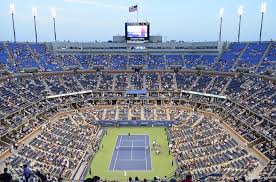 After an excellent women’s US Open final on Saturday night, it is the turn of the men to take centre stage on Sunday evening when Alexander Zverev takes on Dominic Thiem for the second Grand Slam title of the season and the first in the career for whoever wins it.

Thiem has looked brilliant for much of this tournament but he is unchartered territory heading into this final having never been the favourite for a Grand Slam final before. Zverev will hope that offers up a weakness to take advantage of.

It hasn’t always been convincing and it certainly hasn’t been of the highest quality to date but Alexander Zverev has taken advantage off his draw opening right up to make it through to this final. He was due to have to beat Stefanos Tsitsipas and Novak Djokovic in order to make his way to the title showdown but as luck would have it he hasn’t had to play either of those potential foes. That isn’t his fault and he can only beat what has been put in front of him, but he has had a nice touch that he hasn’t had to meet a single top 20 ranked player yet.

Zverev has come through the draw but his matches have been very ordinary affairs so he is going to need to find a significant improvement if he is going to win this competition. The obvious weakness to focus on is the second serve and that is likely to get eaten alive by Thiem if he isn’t careful. The strength is his will of mind and the fact that despite his obvious flaws he has battled hard and refused not to give in and that has got him this far.

So far in this tournament Dominic Thiem has looked like the winner in waiting and the better the opposition has got the better his game has been. He has come through three very tricky looking encounters this week without dropping a set and you get the impression that the only thing that can deny him from here is his own physical condition as he had a few problems with his foot or heel in his semi-final win over Daniil Medvedev.

The power Thiem has both in his serve and his groundstrokes have been devastating on these faster courts. He has blown Felix Auger-Aliassime, Alex de Minaur and Daniil Medvedev away in the last three rounds without dropping a set in any of them. The really interesting thing to not from those wins is while his level was never poor, it has got ever been the longer a set has gone on. It feels like he is set for his Grand Slam coronation.

These two men have met on nine previous occasions and it is the older man Thiem who has won seven of them including their last battle which was in the semi-final of the Australian Open. Thiem has actually won their last three meetings which will give him a lot of confidence. On a hard court they have met four times and Thiem leads that record as well having a 3-1 advantage. This will be the third time they will meet in a final. Zverev has actually matched the Austrian in the previous two with them both winning one each. History on this surface very much favours Thiem it would appear.

I expect Dominic Thiem to win this final and I expect him to do it with a fair bit to spare in all honesty. Daniil Medvedev played two brilliant sets against the Austrian in the semi-final and never really landed a blow on him and we’ve not seen anything close to that level from Zverev at any stage in this tournament. He has started matches very poorly indeed, losing the first set against Borna Coric 6-1 and to Pablo Carreno Busta 6-3.

At one stage against Carreno Busta, Zverev was 6-3 5-0 down and actually the Spaniard served for that first set at 5-1 and choked so the German could easily have lost his last two opening sets 6-1. If he starts like that here Thiem will be away and gone before he knows it but even if Zverev starts better I just don’t see there being a period of this final where the Austrian will not be completely dominant. I expect him to cover a 5.5 game handicap.