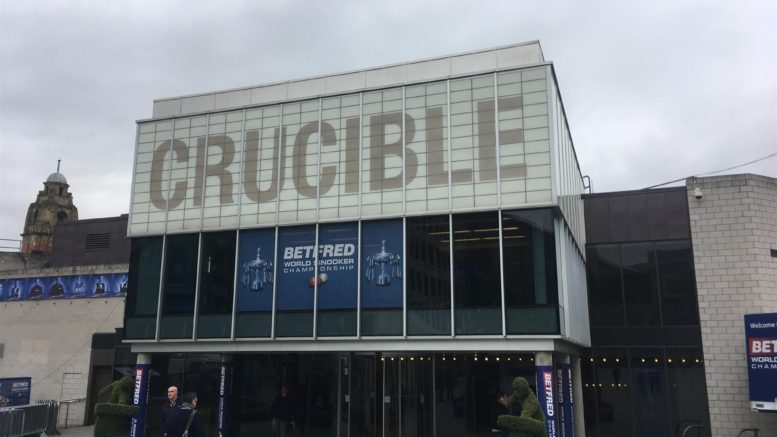 The last day of World Championship action with two tables inside the Crucible Theatre in Sheffield takes place on Tuesday and it does so on a day where all four quarter finals are going to come to a close, meaning by the end of the day we will know the four men who will compete in the semi-finals of the event.

Some big names are in trouble in their quarter finals after the opening day of play in them and will need significant comebacks if they are to make it through to the coveted one table setup on Wednesday. If that happens we could be in for one of the most dramatic days we’ve seen in the history of this event.

All four quarter finals got underway on Monday with two of them having two sessions and the others having one ahead of two more on Tuesday. The two matches that had two sessions on Monday saw them end the day with Kyren Wilson 10-6 ahead of Judd Trump while in the battle of the former champions Mark Selby waltzed into an 11-5 lead over Neil Robertson. The other two quarter finals were equally as one-sided with Anthony McGill storming into an almost unassailable 7-1 lead over Kurt Maflin while in the marquee showdown of the round Mark Williams drew first blood on Ronnie O’Sullivan and will lead 6-2 when they resume on Tuesday afternoon.

Obviously as far as Tuesday betting goes we only have in play betting to get stuck into. I’ve already got bets running in two of the quarter finals through bets I took at the start and while we need a bit of a comeback from Judd Trump to bring the overs in there, it only needs him to win three of the first five frames which you feel is within reach. Williams needs three more frames to bring his handicap in and that should also land. We’ve also got an interest in the quarter final featuring the two qualifiers with our 20/1 McGill quarter bet very much a runner now. I’ll add one from the other game to the collection though.

At 11-5 to Mark Selby the game is up for Neil Robertson. I’ve mentioned it throughout this tournament that try as he might he always gets embroiled in a safety type marathon battle in this event that he just can’t win and his record here is poor overall as a result. He knows that. He’s referenced it in interviews. He isn’t going to come through this match but I don’t expect him to come out and play into Selby’s hands again. I think we’ll see the Australian attack the table which is when he’s at his best and in doing that he’s likely to add some respectability to the score before he departs. You can get 5/6 on Robertson +6.5 frames which in layman’s terms is 5/6 on him to win two of the first three frames. The way he scores and break builds that is well within reach against a Selby who despite winning 11 frames has only made one break over 76. Robertson should get the chances and with a change of intent he can reach seven frames before his exit.