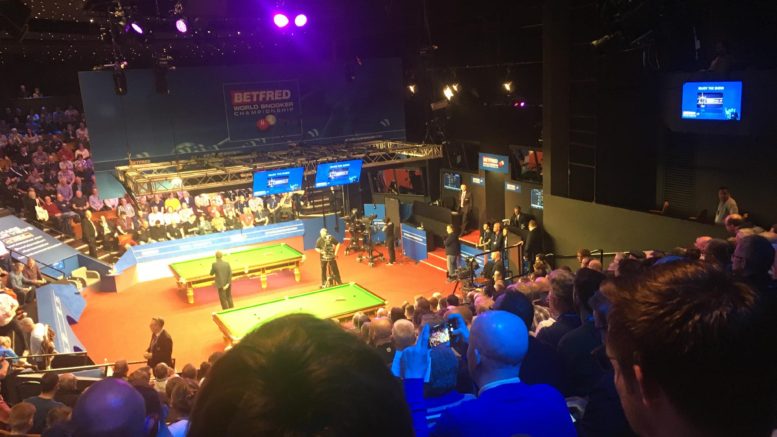 After 16 days of absolutely absorbing action, we are down to the last day of the World Championship on Sunday, the day where the 2020 world champion will be crowned as Kyren Wilson and Ronnie O’Sullivan slug it out until the conclusion of the event in what could be an epic final.

It is fair to say the standard wasn’t the highest on the opening day of the final, but already we’ve not lacked for drama and tension. As the finish line gets ever closer on Sunday, those two traits are only likely to intensify.

17 frames were scheduled on the opening day of the final ahead of the last 18 frames on Sunday. It was Ronnie O’Sullivan who drew first blood in the final, opening up a 6-2 advantage at the end of the first session. The five-time champion looked like running away with it in the evening session when he built his lead to 8-2 but then the fighting spirit that Kyren Wilson is famous for kicked in. He won the next four frames to trail just 8-6 but he could only win one of the last three frames so if he is going to be crowned champion of the world for the first time he will need to overturn a 10-7 deficit.

The big problem that Kyren Wilson has from here is Ronnie O’Sullivan barely turned up on Saturday and he still came away with a 10-7. It is hard to see him being so poor again even if he is having nightmares about his cue action. He is only eight frames away from the title now so he can muddle his way to glory from here. Wilson needs to play lights out snooker from here on in but I just think there is too much pressure on his cue ball. I’m happy with our pre-match bet of Ronnie -4.5 but I’ll play another for Sunday.

The centuries line now lies at 4.5 even though there has only been two in the final so far. Not only has there only been two centuries in the match, there has only been one other break over 80 so this hasn’t been a high scoring final. There is talk that the table is playing heavy and the cushions have been bouncing and there has been evidence of that so scoring is unlikely to get any easier on Sunday. When you add in that the tension is only going to intensify and that most of the frames have been scrappy to begin with, there is far from a guarantee we will get three more centuries in this final. We’ve seen two in 17 frames but there is half a chance we won’t see another 17 frames and even if we do the ratio would need to go up. I’m happy to play the under with the way the table is playing and the pressure of the occasion.