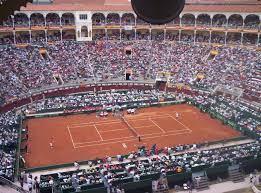 The second Grand Slam of the tennis season concludes on Sunday and it does so with a potential mouth-watering men’s final between Novak Djokovic and Stefanos Tsitsipas on the Phillipe Chatrier Court at Roland Garros.

Novak Djokovic will go in search of Grand Slam title number 19 in this final and a second French Open crown. This is all new to Tsitsipas though. He will do battle in his first Grand Slam final but you sense it is the first of many.

Usually there would be no surprise to see Novak Djokovic in a Grand Slam final but when he had to dethrone Rafael Nadal on a court he is near enough unbeatable on just to make it into this title showdown, you could argue it is a little bit of a surprise that he is here and not the Spaniard. In one of the best matches Roland Garros has played host to, Djokovic broke the will of Nadal in a simply incredible semi-final and if he has that level with him here he is going to be hard to stop.

That brings in the question marks though. Has he peaked in that semi-final and what does he have left in the tank after a four hour war? He very well could have peaked in that match with Nadal because he knew he had to and at 34 although he is incredibly durable, Djokovic isn’t getting younger so he might not have a full tank here. One thing he does have though is the knowledge of how to win Grand Slam finals and that could be invaluable here.

It feels like we have been waiting for Stefanos Tsitsipas to break through in the game for ages. I don’t think anyone has ever doubted that he would be competing for Grand Slam titles but I suspect plenty thought he might have already made a final before now. He has looked a slightly different player this week though. It is almost as though in his mind he is now ready to win events of this magnitude whereas in the past he wasn’t.

What I like about Tsitsipas’ chances in this match is the way he is prepared to get up the court and both control the points and put an emphatic end to them. He is going to have to do that here. The last thing he wants to be doing is getting into those endurance rallies which Djokovic specialises in. He could do with a fast start although he is plenty fit enough to come from behind if he has to, as long as he settles in this final eventually.

The head to head record reads 5-2 in the favour of Novak Djokovic. I guess the matches which matter most though is the ones on clay where Djokovic leads 3-0. He won in straight sets in Madrid in the first one in 2019 but the most recent two are the ones of interest as Djokovic won an epic semi-final here in a deciding set last year and then won another deciding set thriller in Rome a few weeks ago. Tsitsipas hasn’t beaten Djokovic on this surface but he’s gone close twice which should give him some belief.

If you are betting on Stefanos Tsitsipas for this final you are probably doing so in the hope that Novak Djokovic is a little leggy in it but I can’t really think of a time when Djokovic hasn’t been injured and his movement has been slow. He has an incredible power of recovery – if you think back to say Wimbledon in 2018 he went over five hours with Nadal in the semi-final and then walloped Kevin Anderson in straight sets the next day.

I don’t think there is mileage in expecting Djokovic to be cooked for this match. That doesn’t mean Tsitsipas can’t win this final but I can’t be backing him to do it. One thing he can do is make sure it is competitive though so the over 36.5 games feels like more than a good chance here. They played 46 games here last year and 34 in Rome earlier in the year, both going to a deciding set. I’ve got to think we’ll get four sets here if not all five so I like the idea of over 36.5 games in this men’s final.