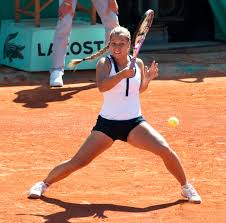 The semi-finals of the French Open tournament get started on Thursday afternoon when the two women’s matches take place in front of a large crowd on the Philippe Chatrier Court as we determine the finalists at Roland Garros.

Both semi-finals have the same outlook with a seeded player facing an unseeded foe. None of the four remaining players have been to this stage of a Grand Slam before so not only are they in unchartered territory but two of them will progress to battle for their first major title.

We were treated to another excellent day of action on the main court on Wednesday with two ladies quarter finals which were both won by the outsider as Barbora Krejcikova saw off Coco Gauff in straight sets before Maria Sakkari dumped out the defending champion Iga Swiatek in straight sets. We then saw two men’s quarter finals, both of which went four sets before Rafael Nadal and Novak Djokovic set up a mouth-watering semi-final on Friday. They beat Diego Schwartzman and Matteo Berrettini respectively.

That meant it was another profitable day for us which is much needed after a poor week. The profit came courtesy of the fourth set in the match between Novak Djokovic and Matteo Berrettini. We took over 3.5 sets and the Italian landed the third set on a tiebreak when 2-0 down to take us to a fourth set which he then proceeded to lose, not that we were worried having already landed the money by that stage.

The opening semi-final of the tournament sees two Eastern Europeans going at it for a place in the final when the Russian star Anastasia Pavlyuchenkova meets the complete unknown quantity Tamara Zidansek who has created her own history this week.

Before she walked through the gates of Roland Garros, Zidansek had never been beyond the second round of a Grand Slam so you could argue that whatever happens here it has been a success for her, however there is no guarantee she will be in this position again so the very least we can expect is for her to fight for every point. Pavlyuchenkova might have more chances to reach a major final than this but she might not be meeting an unseeded opponent in the future so this is a big match for her too. I think the composure and experience of the Russian will see her through here but I wouldn’t be at all surprised if this needs all three sets before it is decided.

The games line for this match is 21.5 which I think is a touch on the low side. Both women needed an extended third set in their quarter final so we know they have it in them to play close matches. Zidansek also went beyond the normal distance against Bianca Andreescu in an earlier round too. I just don’t see this being won in two sets but if it is I expect them to be close sets so either way I like the over in this match.

The second semi-final was meant to be between the last two winners of the tournament but instead we have Barbora Krejcikova looking to continue to prove that she is more than just a double specialist when she takes on the Greek star Maria Sakkari.

After winning Strasbourg in the lead up to this tournament, Krejcikova is on a 10 match unbeaten streak heading into this match so she will be extremely confident of progressing her, particularly as she hasn’t dropped a set since the opening round even though she has seen off Elina Svitolina, Sloane Stephens and Coco Gauff since then. Sakkari herself will be confident though. She played one of the cleanest matches she has ever played against Swiatek in the quarter final and has overcome her and the finalist of last year in Sofia Kenin without dropping a set which is an indication of how well she is playing too. You would expect Sakkari to have too much here but she’ll need to perform to her best to come through. That isn’t guaranteed given her performance against Swiatek and the magnitude of the win. We regularly see how hard it is to back up one fantastic performance with another, especially the very next day. I’m happy to sit this semi-final out.