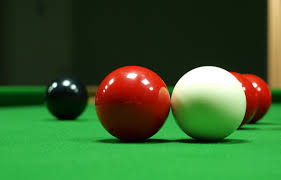 Barely hours after Zhao Xintong landed a historic UK Championship title, the snooker attention turns to the Scottish Open which this year will be held in the very un-Scottish town of Llandudno after it was forced to be staged in Milton Keynes last year.

Mark Selby didn’t care about the change of venue 12 months ago as he galloped to the title and he will attempt to make a successful defence of it over the course of the week. This is the penultimate event of 2021 so it should be hugely competitive.

These Home Nations events have been around for a while now and while the format of them hasn’t changed, the way the arenas have been put together have. There are four tables in action throughout the event, which allows us to follow the action a lot easier, and there has been a qualifying round to avoid taking the whole 128 players in the field to the main venue. Some of those qualifiers have been held over and will be played on Monday though with the main draw also beginning on Monday. The tournament is the best of seven frames up to the quarter finals which are played over the best of nine frames on Friday with the two semi-finals the best of 11 frames on the Saturday and the title will be won on the Sunday of the event over the best of 17 frames.

Mark Selby is the world number one but as the defending champion he would automatically be the top seed and in the top quarter anyway. Selby’s chances of making a successful defence has already improved after the effects of Covid have led to Mark Williams pulling out of this quarter. That means there are just two members of the top 16 in this quarter aside from Selby. They are Stephen Maguire and Anthony McGill, who would normally be eager to win their home tournament but motivation might not be as strong with the event actually in Wales.

It won’t be all plain sailing for Selby though because there is some talent outside of the top 16 in this section of the draw. Ben Woollaston reminded everyone of his quality in the UK Championship and will want to repeat that here while Tom Ford has a pretty decent record in these Home Nations events overall. Oliver Lines has made it through to the main draw as have the likes of Xiao Guodong, Chris Wakelin, Jimmy Robertson and Mark Davis.

This is another section which has opened up because of a high profile withdrawal. Neil Robertson was due to look to follow up his English Open win from this quarter but he has pulled out of the tournament which has left Kyren Wilson as the main seed in quarter two. With Robertson not appearing there are just the two top 16 players elsewhere in this quarter. They both need a good run for their confidence. Barry Hawkins at least made it to the semi-final of the UK Championship but Stuart Bingham hasn’t really got going this term.

There is no shortage of talent elsewhere in this section as well. Andy Hicks rolled back the years to make it to the quarter finals in York last week and he’ll look to back that up here. British Open finalist Gary Wilson is also in the field as is Anthony Hamilton while Joe Perry is a big name in this quarter. He is due to play Luca Brecel in the first round of the main draw although the Belgian could still pull out after his run to the final in York. Matthew Selt beat Judd Trump at the UK Championship and will want to build on that here. Scott Donaldson and the amateur who made the headlines in York, Si Jiahui are also here.

Ronnie O’Sullivan blew a huge chance to win the UK Championship last week but he will attempt to win that elusive title this week from the third quarter. He was the finalist last year and will want to go one better here. He will have his work cut out though because he has three other top 16 players in his section. They are the UK Championship quarter finalist Jack Lisowski, the Northern Ireland Open champion Mark Allen and the world finalist Shaun Murphy.

This is another section with some good players from the lower ranks in it. Hossein Vafaei showed his class when he dumped Mark Selby out of the UK Championship last week while Mark King was a semi-finalist at the English Open last month. Sam Craigie had a good win over Ding Junhui in York to suggest that his talent might be coming to the fore while Jamie Jones and Liang Wenbo are two men who are better than their ranking would suggest.

Judd Trump has a fine record in these Home Nations events and if he is going to win the Scottish Open for the first time then the Champion of Champions winner will do so from the bottom quarter. John Higgins has made the final of the first two Home Nations tournaments this season and this is the quarter he has landed himself in. The other two top 16 members when the draw was done were Ding Junhui and Yan Bingtao.

This is a really strong section of the draw because the lower ranked players are of good quality. Championship League winner Dave Gilbert is the biggest name but there are plenty of others who could have a good week. They include Robert Milkins, Martin Gould, the Welsh Open champion Jordan Brown, the Shootout winner Ryan Day and Noppon Saengkham. Mitchell Mann and Gao Yang are underrated dangers too.

As with the other two Home Nations events so far I’ll take a player from each half of the draw as the field has been whittled down in qualifying. The main bet comes in the bottom half of the bracket where although the draw hasn’t opened up, Jack Lisowski has shown me enough in the UK Championship, both on the table and in his interviews around his matches, that he is going to win a tournament soon. It might easily have been the UK Championship had it not been for an incredible six-frame burst by Zhao Xintong in their quarter final but Lisowski is definitely good enough to win a tournament of this kind. He looked to be cueing like a dream in York but I liked how he drank his medicine when shots weren’t on. We see these draws opening up all the time and if this one does likewise then Lisowski can profit.

In the top half I like Gary Wilson. He has gone a bit quiet since he lost to Mark Williams in the final of the British Open but he made a 147 at the UK Championship and you don’t do that if you are not cueing well. Wilson probably hasn’t achieved what he should have in the game but the fact that Williams and Neil Robertson are out of his half of the draw makes me think that this could be his week. It is only really Mark Selby who is a big name in any sort of form but he isn’t playing brilliantly. If Wilson can hit the ground running we could easily see him come the weekend.

I’ll also take one quarter bet for this week and I’ll look to take advantage of the absence of Mark Williams in the top quarter with Tom Ford. If you split this quarter into two halves, Ford was in the same half of it as Williams so his route to the quarter final will only involve taking on one member of the top 16 which is Stephen Maguire and he’s in no form whatsoever and rarely gets himself going for these events so Ford might have landed a plot draw here.

Ford needs an acceptable week to make it through to the World Grand Prix next week. He is currently in the field but he’s only in it by £1,500 and when you consider that just two wins here is worth £7,500 and there are 18 players within that amount of Ford in the rankings so the Leicester man needs to have his best stuff with him this week. That will ensure the motivation is there and with only really Selby of a level above Ford there can be no complaints with the draw. Ford couldn’t meet Selby until the 1uarter final so the 10/1 on Ford coming through this quarter looks good to me.