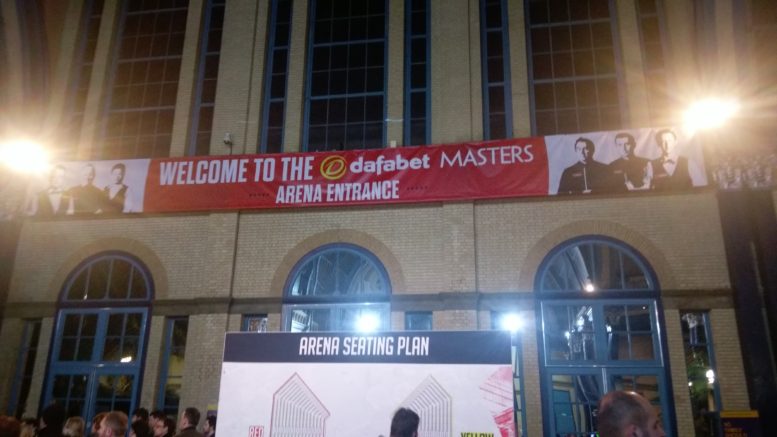 The top quarter is the focus of attention at The Masters on Monday which means that we have the defending champion Stuart Bingham in action in the afternoon session. He faces the debutant Thepchaiya Un-Nooh at the Marshall Arena in Milton Keynes.

Both these men go into the competition off the back of poor campaigns to date but one of them will progress to face the winner of the evening match in the quarter final on Thursday so this is a big match for the pair of them.

This will be a proud moment for Stuart Bingham who will begin the defence of this title for the first time. That is likely to put an extra pep in his step for this match and he will be eager to win as a result. It will be interesting to see how he handles that pressure because it isn’t easy to be expected to win and carrying some expectation on your shoulders, especially when things haven’t really been going to plan so far this season.

Bingham is yet to go past the last 16 of a tournament this season and although he competed in the Championship League last week, his maximum break aside he didn’t look fantastic in that event so that will be a cause for concern here. We do know that Bingham can raise his game on the big occasion but until last year when he won this event his record in The Masters was very ordinary. He’ll need to forget all that here.

A Masters debut has been a while in coming for Thepchaiya Un-Nooh because he has been on the scene for a few years now with his talent never in question. He probably isn’t playing as well now as he was a couple of years ago but the rankings do not lie and he fully deserves his place in the draw. It will be interesting to see if he is happy just to be in the tournament or whether now that he is here he is going to do all he can to bring his best snooker out.

Un-Nooh is one of the best scorers in the game but his aggressive style can leave him incredibly vulnerable against the bigger and better players which is why he is yet to win a ranking event. If he gets into a groove though and starts to flow it is hard to see why he can’t win this match but if nerves and things take over it will be difficult. Un-Nooh has had a very ordinary season so far so some wins here will be very welcome.

These two have met on five previous occasions in the bigger events and while Bingham holds the advantage it is a pretty narrow one. He has three wins to the two of Un-Nooh and when you look at the frame outcomes Bingham only leads that 21-20. Un-Nooh hasn’t beaten Bingham in a 15 red match though. Both his wins came in the 6 red event which might be significant. Although it isn’t counted in the overall stats, these two met in the Championship League last week where Bingham won 3-0 and hit a maximum in the process.

Both these men have warmed up for this tournament by playing in the Championship League last week so there should be no rust excuses like Joe Perry might have had on Sunday. Not only have they been warming up for the event in that competition but both players have been scoring pretty well in it as well. Bingham played in two groups and nailed five tons including that maximum break while Un-Nooh was in one of the groups and ploughed in four tons of his own.

That makes me think the odds against on over 1.5 centuries could be a little on the big side here. I say that because clearly both men are scoring well and in these conditions scoring should be a natural part of the game. Both men like to get the balls open and score heavily so I don’t expect a huge amount of safety to be played so this should be a match where there are plenty of scoring chances. I’ll back the over on the centuries line in this one.