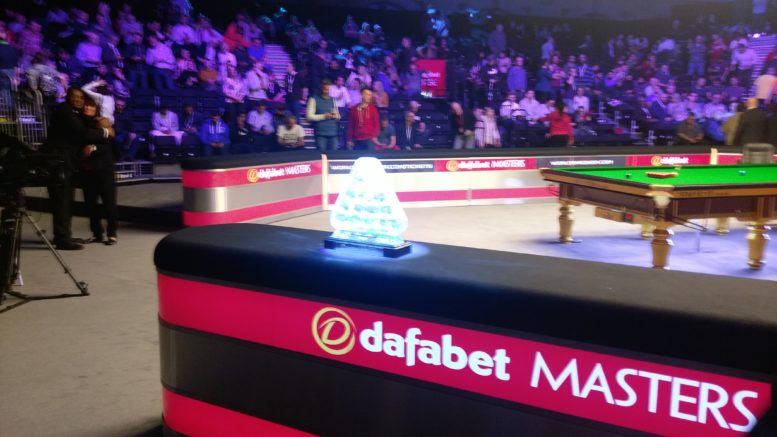 The second Triple Crown event of the snooker season takes place this week as 16 of the leading players in the world head back to the Marshall Arena in Milton Keynes for The Masters, the most prestigious invitation tournament on the calendar.

Usually we are used to packed crowds at Alexandra Palace for this tournament but these times call for different measures and as such we are behind closed doors in Milton Keynes instead. One thing which doesn’t change is that Stuart Bingham won the title last season and is back to attempt to defend the crown.

There is no nuances to the format this week. It is a pretty simple one it has to be said. The tournament is a straight knockout right from the beginning with every match up to the final over the best of 11 frames on the one main table in the venue. The final is the best of 19 on the second Sunday of the competition with two sessions of action being used to determine who will land the second Triple Crown event of the campaign.

As the defending champion it is Stuart Bingham who is the number one seed this week and as such he is the top dog in the top quarter. He is out of form heading into this event though which will give the former champions Shaun Murphy and Mark Williams hope of going deep in the competition. The other player in this quarter of the draw is the tournament debutant Thepchaiya Un-Nooh who will hope his tune up in the Championship League last week can give him an advantage.

This is one of the two standout quarters of the draw with the UK Championship winner Neil Robertson going in search of a second Triple Crown title in succession from this part of the bracket. European Masters and Scottish Open champion Mark Selby rates as a huge danger to the Australian though while their first round opponents Yan Bingtao and Stephen Maguire will be out to prove they are not just making up the numbers in this event.

The third quarter of the draw has opened right up with the news that the world number one Judd Trump and the World Grand Prix finalist Jack Lisowski have tested positive for Covid-19 and have been pulled out of the tournament as a result. That leaves Kyren Wilson as the main seed in the section with Dave Gilbert the only other automatic qualifier in it. Gary Wilson and Joe Perry are the two men fortunate enough to be given a late entry into the draw and they will be looking to take full advantage of that as Ali Carter did last year.

There is always a group of death in The Masters and this year it is the bottom one where the world champion Ronnie O’Sullivan is the headline act in the section. He is joined by three former winners of this tournament in a quarter of the draw which is going to give us some excellent entertainment. O’Sullivan has John Higgins, Mark Allen and Ding Junhui in this quarter so whoever comes through it will have done pretty well.

Shaun Murphy shouldn’t have to beat a whole lot in his quarter and at 20/1 he looks a more than fair price to win this tournament for the second time. Murphy started the season well with a run to the semi-final of the European Masters and while things haven’t gone completely smoothly since then, he has run into some outstanding performances and has also encountered some practicing issues with restrictions and lockdowns and things like that.

I think Murphy is the sort of person who will enjoy the longer format once again and with Williams seemingly disinterested again and neither Bingham or Un-Nooh carrying any form or positivity into the tournament with them it would have to be considered a major failure if Murphy doesn’t make the semi-final. Once we get to that start this tournament is open to anyone left in so at 20/1 I’ll play the 2015 champion to get his name on this title for the second time here.

The Open Championship Golf 2022 – Round 2 Tips and Betting Preview