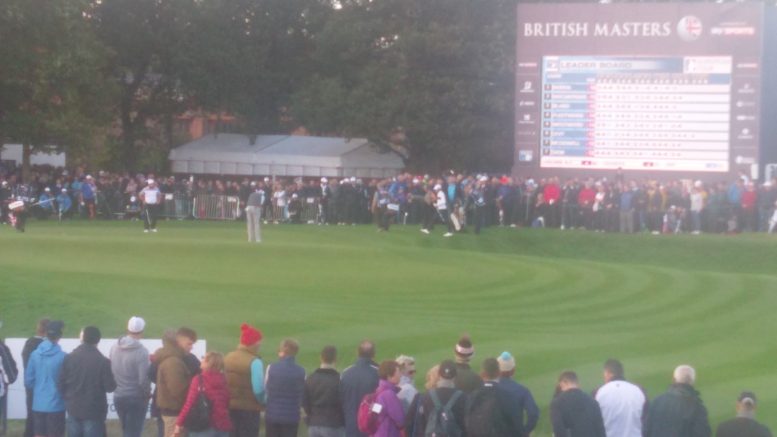 We have reached the halfway mark of the US Open at Torrey Pines on schedule despite the 90 minute delay on the opening day which put the tournament a little out of sync in the early stages, which means that the third round can take place in San Diego on Saturday.

Those who have managed to make the cut will know that they are no more than nine shots behind the leader so ‘Moving Day’ is open to everyone with the remaining players all still in with a chance of winning the third major of the year.

At the end of the second round of the competition we have two unlikely leaders who both sit out in front on five under par. They are Russell Henley who is unlikely enough but the other one is Richard Bland who continues to enjoy an amazing spell in his career. Two players sit a shot off the lead in the form of Matthew Wolff and Louis Oosthuizen while former Torrey Pines winner Jon Rahm is alongside Bubba Watson on three under. Xander Schauffele is the headliner in a trio on two under par with three other players under par including our pre-tournament pick Scottie Scheffler.

We’ve got a bit of work to do on the betting front over the remainder of the competition after a poor first day where the marine layer that came in softened the course up and went completely against our bets. We have a couple of outright fancies who are still well in the tournament though and hopefully they can push on over the course of Saturday and keep that interest up on Sunday.

There is a third round leader market which has been priced up for some Saturday interest but when I look at the leaderboard there isn’t really anyone on it that I fancy with the exception of Jon Rahm, who is the favourite despite being two shots off the lead. I think the assumption is that both Russell Henley and Richard Bland will fall away during the scrutiny of being the final group out at this level. I kind of subscribe to that but even then Rahm is a relatively short price when there is only seven shots between himself and the last man. That means there are a bunch of players who could come from deep and post a score and I don’t really like to be on short things in that situation so I’m happy to sit this market out.

Despite plenty of players making the cut on the +4 total the field are out in two balls on Saturday with the final group of Russell Henley and Richard Bland going out at 21.35 BST and the penultimate group of Matthew Wolff and Louis Oosthuizen go out 11 minutes prior to them at 21.24. There are plenty of fans on site and the coverage of this tournament has been superb so the early groups might get plenty of attention. The pick of those include Jordan Spieth and Paul Casey who go out at 16.05 BST, Matt Fitzpatrick and Tommy Fleetwood at 17.00 BST and Patrick Reed and Sergio Garcia who depart the first tee at 17.33 BST. My bet comes from that penultimate group.

The penultimate group out onto the golf course on Saturday evening sees the runner up of this tournament at Winged Foot last year in Matthew Wolff going up against the man who has been the bridesmaid in all of the majors throughout his career in the form of Louis Oosthuizen.

First of it is good to see Wolff back at this stage of a tournament. His story of mental health troubles is credit to him for letting everyone in on that and also for overcoming it, however he has never really been a golfer who is going to go round a course like this without making a number of mistakes. He has the length and the quality to add plenty of birdies on top of that hence why he is in this position but in his two rounds to date he has made four bogeys and two double bogeys. I’m not sure that is going to hold up against the consistent Oosthuizen who is contending in his second major in a month and whose all-round game doesn’t lead to many mistakes. He has only made three bogeys all week, two of which have come on the par 3 11th hole so he is playing much the more assured of the two. While we’re glad Wolff is overcoming his demons they are clearly around him and a poor start could easily see him struggle. I just favour the more consistent Oosthuizen here.

FOOTBALL – Belgium or Spain 8/1 to win