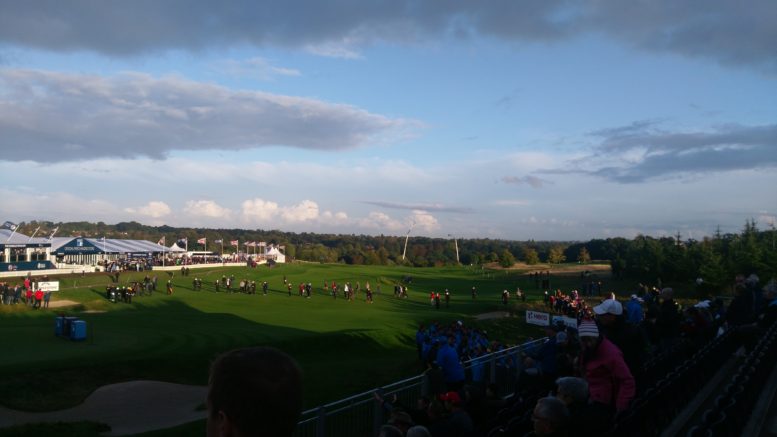 The final round of the USPGA Championship takes place over in South Carolina on Sunday with the Wanamaker Trophy the reward for whichever player can tame the Ocean Course at Kiawah Island on what promises to be a dramatic day.

The second major championship of the year has bubbled along nicely so far and on Sunday it is set to reach a thrilling climax with a stacked leaderboard and a golf course which is set to play very tough should the forecasted winds arrive.

We began the day with joint leaders on Saturday but it is the veteran Phil Mickelson who will take a one shot lead into the final round with him. The 2005 champion sits on seven under and leads the 2018 and 2019 winner Brooks Koepka by a shot. 2010 Open champion Louis Oosthuizen will look to provide us with an outright winner from two back while Kevin Streelman is the only player on four under. Our other outright pick in contention, Branden Grace, starts the final round four off the lead alongside Christiaan Bezuidenhout while the likes of Bryson DeChambeau, Gary Woodland, Jordan Spieth and Rickie Fowler will hope to launch a title challenge from deep.

It was a good day for us on the betting front. We wanted our two outright picks to remain in touch so that they could take their chances with the wind up on Sunday and they did exactly that. We were also rewarded with the two ball selection on Gary Woodland as his seven foot putt for par on the last was enough for him to see off Corey Conners by a stroke even though Woodland put three double bogeys on his card.

There is the outright market to look at for a longer odds bet on Sunday but those who followed our outright preview don’t really need to visit it again as we have a couple of live chances on Sunday. Oosthuizen is only two back going into Sunday and Grace is four back. Both are extremely comfortable in the wind so we are keeping everything crossed that the forecast is correct as those two could be in their element and could be the ones to deliver something special for us.

I will take a small punt on the top 10 finish market here though because I do think with the winds expected to get stronger the longer the day goes on that there is a chance someone posts a score from deep and sits back and watches everyone whizz past them in the opposite direction when the wind really toughens this course up. I already hope Alex Noren has a good round here because he is currently tied for the top Scandinavian but I’m going to back him to come from miles back to make the top 10. I’d be surprised if even par isn’t in the top 10 but more likely it will go to +1 so if Noren can repeat the -2 he shot on Saturday he could well be in the mix. He didn’t make a single bogey on Saturday which is a tremendous effort around here and shows the quality of his short game because nobody hits all the greens around here. He is comfortable when the wind blows so if anyone is going to make a move from deep it could well be him.

As with Saturday, the field is out in two balls on Sunday with the final pairing of Phil Mickelson and Brooks Koepka off the first tee at 19.30 BST and the penultimate group of Louis Oosthuizen and Kevin Streelman out 10 minutes prior to that. Once again crowds are on site and the coverage for us watching at home is lengthy so among the earlier groups that we’ll have the chance to watch are Rory McIlroy and Stewart Cink who go out at 14.40 BST while Tyrrell Hatton and Collin Morikawa go off at 16.00 BST. The 18.20 BST pair of Jordan Spieth and Rickie Fowler is sure to attract plenty of attention as well. I’ll go with the one bet though which comes in the final group.

My two bet from Sunday sees the two men favoured to win the tournament with the bookmakers going at it in a final group which has plenty of intrigue in it. Phil Mickelson looks to become the oldest winner of a major championship and he goes out alongside Brooks Koepka who rises to the top in majors but who still has an injury cloud hanging over him.

All known logic would suggest that Koepka will win this two ball but I’m not so sure that is how it will play out. I say that because Koepka is clearly still feeling his knee injury which on a colder day will be concern enough, but of more concern is that since the opening 18 holes he has holed absolutely nothing on the greens and those 5-6 footers for par is going to be the difference between a good and bad day here, particularly if the wind blows. Mickelson has been sublime this week. Twice he has had a few wobbles and he has rebounded brilliantly which suggests he isn’t going to go away here. I still hope he finds Oosthuizen or Grace too good for him but we know the veteran is hitting the ball very well with the long clubs and his short game still holds up against anyone. Koepka never convinces me in the wind and if he continues to hole nothing the 2/1 that Mickelson gets the better of him should give us quite some ride throughout the evening.