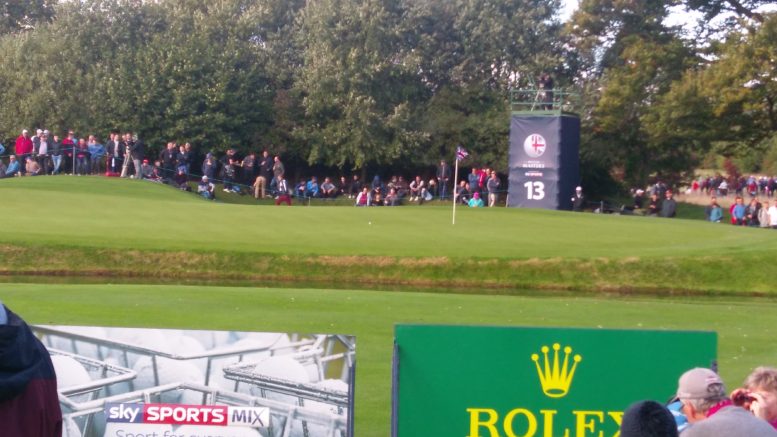 The field at the Dubai Desert Classic has overseen the halfway cut and those who remain in the tournament will be preparing for ‘Moving Day’ at the second tournament of the DP World Tour for 2022 on Saturday.

We have a leaderboard which is seeing a number of big names making their way to the top and a competitive day in store on Saturday as a result of that. With early morning coverage going right through to the afternoon there is lots of good golf to enjoy.

At the end of the opening 36 holes it is the former Qatar Masters champion Justin Harding who holds a two shot lead on 11 under par. He leads by two strokes from the man who attempted to defend the Abu Dhabi Championship title last week in Tyrrell Hatton. Two more players are a shot further back on eight under. They are Erik van Rooyen and Fabrizio Zanotti. Rory McIlroy is looming large on the horizon in a group on seven under which also contains JB Hansen and Viktor Hovland.

It wasn’t such a good opening two days for some of the other big names though with the likes of Robert MacIntyre, Ian Poulter, Adri Arnaus and Danny Willett among the fancied runners or standout stars who haven’t made it to the weekend. Shane Lowry, Henrik Stenson, Sergio Garcia and Collin Morikawa are all around for the weekend but they will need a huge 36 holes to contend for the title from their close of play position.

At the time of writing this preview there isn’t anything to go at with regards to a third round leader market or things like that which is a shame. There are the typical groups of six but I prefer to bet in the three balls than the sixes in terms of chances of finding a winner. If the third round leader market does go up at any point you would imagine Tyrrell Hatton would be the favourite but the statistics suggest that if Rory McIlroy can find some form with the putter and maintain the rest of his game at the level he has had it at so far this week then he could very well run off with the lead at the end of play on Friday. With no market available though we can’t back him.

With light fading fast in this part of the world at this time of year the remaining players in the tournament have to go out in threes to get them all round. The last group off the first tee goes out at 08.00 GMT and consists Justin Harding, Tyrrell Hatton and Erik van Rooyen. 11 minutes prior to that Viktor Hovland, Richard Bland and Fabrizio Zanotti will embark on their third round. There are plenty of good groups out onto the golf course on Saturday with the one featuring the winner last week, Thomas Pieters, Sam Horsfield and Tommy Fleetwood arguably the best of them. They tee off at 07.16 GMT but it is the group that go out straight after them that takes my eye from a betting point of view.

The fourth to last group out onto the golf course sees the defending champion Paul Casey, European Tour legend Lee Westwood and one of the brighter newcomers onto the scene in Marcus Armitage going out looking to position themselves in with a chance of winning the tournament on Sunday.

This trio begin the day on six under par so five shots off the lead, but what might give them a chance is that they are only three off second place so if the leader does falter then these three are right in the mix. I like Casey in this three ball. Only Rory McIlroy and Bernd Wiesberger have gained more strokes than him from tee to green this week but Casey is losing strokes on the green. I don’t see that continuing though, firstly because he holed some nice putts coming in on Friday which suggests he has made the transition from Singapore to these greens, and also because he is the defending champion so although the greens have been relaid we know he can putt well in this part of the world. He’s out with Armitage who is losing strokes off the tee and only level with the field with the putter so he’s over performed for the first two rounds while Westwood is proficient in the long game as ever but he isn’t as guaranteed to have a lights out day on the greens. If we assume Casey found something with the short stick on the second nine on Friday he should be ready to make a move here and can see off his playing partners in this group.