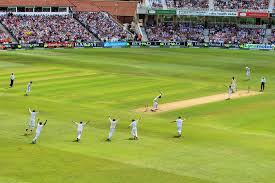 We’ve covered the Ashes series outright and the batsmen markets for the length of it and now it is time to have a look at the many bowler markets which have been priced up for the biggest series in the game of cricket.

As with the batsmen there are top series bowler markets for both sides and a whole host of individual bowler markets. It would be rude not to get stuck into some of them!

Australia will go into the first Test with a four pronged bowling attack which makes betting on this market a little easier. Those bowlers are Mitchell Starc, Josh Hazlewood, Pat Cummins and Nathan Lyon.

The other thing that makes betting on this market a little easier is two of those bowlers – Starc and Cummins – are made of glass and need managing so it would not be a surprise if neither play all five matches.

That makes this a two horse race and while I think Lyon will pick up wickets as we go along in the series I’m not convinced he will pick up enough to take the most in the series so by process of elimination it is Hazlewood I am going for here. His action is repeatable and the seam movement and late swing he gets is very dangerous. I think he’ll cause the most problems in this series and the 9/4 he takes the most wickets for the home side looks generous to me.

England will begin the series with five bowlers. They have confirmed Moeen Ali, James Anderson, Stuart Broad, Jake Ball and Chris Woakes will begin the series and unless Ben Stokes arrives in Australia, there is an injury or Mason Crane comes in for Sydney I don’t think they will change much.

That makes finding a way into this market a little harder. Anderson and Broad are world class bowlers and that is recognised in the odds while the other three could be bowling with an old ball which might not be ideal.

I can’t find any value in this market so with a host of series bets already on I will leave it and save my money and attention on other bets.

There are markets up for all of the major bowlers heading into the series and the amount of wickets they will take. Some look a shade on the high side but not enough to warrant a bet on the unders but there is one line which I think is a little low which I’m happy to jump over.

That line belongs to Stuart Broad who always seems to raise his game against Australia. He was brilliant in the last series in England and has a good game for Australian wickets. His line is 16.5 which looks low to me. Broad bowls insane spells in every series and if he throws a couple of them in here then he will only need bits and pieces to make up the total of 17. I’m more than happy to be on the overs here.

Back J.Hazlewood Top Australia Series Bowler for a 3/10 stake at 3.25 with Paddy Power