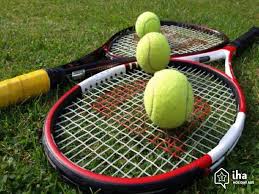 We have had a the women’s semi-finals in the Australian Open and on Friday we will see the two men’s last four clashes being played as four superstar tennis giants battle it out for the right to play for the title on Sunday.

All four men who remain in the tournament have competed in a Grand Slam final so they will all know what big matches like this one is all about which should only add to the competitiveness and the quality of the two matches.

The first semi-final on Friday sees the Italian number one Matteo Berrettini taking on the man who is looking to retake the solo lead for Grand Slam titles this weekend in the form of Rafael Nadal, who surprisingly has only won this title on one occasion, although he has lost in four finals since then.

Both these men had to go to a fifth set to come through their quarter final matches. Nadal looked down and out when Denis Shapovalov took him the distance but he used all his experience to come through and now he’ll take on another player who had to dig deep into his physical reserves after Gael Monfils wiped out a two set deficit only to play a terrible deciding set. You sense whoever lasts the pace the best here will win this and while he hasn’t been as active as usual recently it would still be a brave man to take on the physicality of Nadal. Berrettini will go after him though so I fancy we are in for a close match. I like over 38.5 games here.

The second semi-final is a repeat of the match from this stage of the tournament last year as Stefanos Tsitsipas takes on the US Open champion Daniil Medvedev, who could move to within a win of successive Grand Slam titles with a win here.

Medvedev won their semi-final clash in straight sets last year but that came off the back of Tsitsipas going five long sets in an epic quarter final with Rafael Nadal and this year the tables have turned in that regard. This time round it is the Greek who had a straight sets quarter final and Medvedev who was taken to five sets, coming from 2-0 down to see off Felix Auger-Aliassime. I’m still not convinced that is enough for Tsitsipas to win this match but I do think it means we will see a much closer contest in this game than we saw 12 months ago. I like the same bet for this match as I do the other one and will take over 38.5 games.