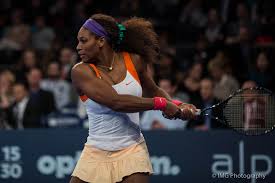 The quarter finals of the Australian Open conclude on the Rod Laver Arena on Wednesday and by the end of what looks like being another excellent day of action in Melbourne, we will know the line up for the semi-finals of the opening Grand Slam of the season.

The top names and big seeds have been falling throughout the competition but the likes of Novak Djokovic, Aryna Sabalenka and Karolina Pliskova will take to the court on Wednesday looking to reach another Grand Slam semi-final.

The opening match of the day on Wednesday sees the former Grand Slam finalist Karolina Pliskova looking to make it within a win of another final at this level when she takes on the Polish player Magda Linette who is in her maiden Australian Open quarter final.

These two women have played very well in this tournament so far. Pliskova has come through without losing a set while Linette has had a tougher route to this stage and has only lost one set, that against Anett Kontaveit who is more than useful on her day. The key thing for me though is that all four of the Linette opponents have registered 29 or more unforced errors against her which suggests that while the players she has faced have been ranked well, they haven’t played particularly well against her. Pliskova has made more winners than unforced errors in three of her four matches so far with her ratio in the last round being 33:13 which is exceptional tennis. Pliskova has more than an edge on the head to head with six wins to the two of Linette although admitted the Pole won their previous meeting in the Billie Jean Cup. These two met at the US Open last year and Pliskova won in a deciding set tiebreak but still covered a 2.5 game handicap, something she has covered in all her other wins in this career battle. Her wins have been by 9, 6, 9, 9 and 9 games. When Pliskova beats Linette she tends to do it with plenty in hand and I fancy another comfortable win for the Czech ace here.

The second women’s quarter final on Wednesday sees the highest ranked player left in the draw in Aryna Sabalenka taking on a Donna Vekic who is showing the sort of form she did a few years ago in reaching this quarter final.

Sabalenka is perfect for 2023 so far. She has won every match she has played and hasn’t dropped a set and produced some of the best tennis we have seen in this tournament in beating Belinda Bencic in the previous round. Vekic has had a pretty kind route to this stage and has been made to battle but being battle hardened at this stage of a tournament isn’t always a bad thing so I would expect the Croatian to deliver some good tennis. She seems to always do that against Sabalenka who she has an emphatic 5-1 head to head record against, including wins in the last couple of years when the Vekic game wasn’t necessarily on song. That makes me wonder if we are primed for an upset here. We won’t be if Sabalenka repeats her performance of the last round but we have seen her implode the longer a Grand Slam goes on before and that can’t be ruled out. Vekic might be value here but I’m happy to leave it alone.

The men’s match in the day session on Wednesday sees the two remaining American unseeded players in the draw going at it with a first Grand Slam semi-final the reward for the winner when Ben Shelton takes on Tommy Paul.

Shelton has had an excellent run over the course of this event but he is yet to face anyone in the top 65 in the world and has twice been taken the distance in the tournament. I suspect his run ends here because he goes up a level in terms of class to take on a Tommy Paul who has dispatched the likes of Jenson Brooksby and Roberto Bautista Agut with the minimum of fuss. He also beat Alejandro Davidovich Fokina along the way as well. This is the first meeting between these two men which might keep Shelton competitive for a while but when Paul gets to grips on his serve I expect the better man to prevail but that is all reflected in the odds which are plenty short enough so I’ll leave this alone.

There is just the one match in the night session on Wednesday and once again it is Novak Djokovic who takes to the court in it. He meets the Russian player Andrey Rublev who will be expected to give the tournament favourite his toughest test to date.

Surprisingly, these two have only met on three previous occasions which isn’t too many when you consider how long they have been at the top of the game. Two of those matches were at the ATP World Tour Finals in the last two seasons which Djokovic won both times but Rublev did beat Djokovic on clay in Belgrade so the Russian knows he can beat his man. The elephant in the room so to speak for this match is the Djokovic injury but in truth since it really presented itself in the second round he has cruised through the draw so quite how much it is hindering him remains to be seen. If we assume Djokovic is fully fit then we should assume he wins this, especially as Rublev was on his way to being knocked out by Holger Rune in the previous round only for the Dane to choke a winning position twice. Given that this is the marquee match of the day I hope Rublev can make it competitive but there is nothing really that jumps out from a betting point of view.