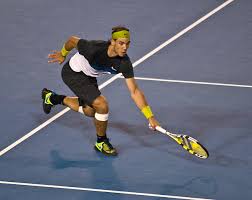 The quarter finals begin at the Australian Open on Tuesday and from here on in the remainder of the singles action at the opening Grand Slam of the season will be played out on the Rod Laver Arena so the profile of the event is about to go up a notch.

We have both singles matches in the top half of the two singles draws on show on Tuesday so the likes of Stefanos Tsitsipas and Jessica Pegula are among those who will be looking to book their semi-final slot.

After a doubles match to open up the day session, the first singles clash will see two Grand Slam winners going at it when the reigning Wimbledon champion Elena Rybakina goes up against the former French Open winner Jelena Ostapenko for a semi-final spot.

Both these women had great wins in the previous round. Rybakina stunned the world number one Iga Swiatek while Ostapenko reduced Coco Gauff to tears after dumping her out of the competition so both will be feeling very good about themselves heading into this encounter. I’ve always been a fan of the game of Rybakina and until Wimbledon last year it amazed me that her record in the faster court Grand Slams was as ordinary as it was. She is clearly in the mood and the form to put that right and I would expect her to get through. Ostapenko tends to make too many errors for my liking and her clean matches don’t tend to get repeated with another too often. Rybakina is short enough though so unless you are building an accumulator there probably isn’t much value in a tournament that has been laced with shocks.

The men’s match in the day session on Tuesday could be a close one if the odds are to be believed as the US Open semi-finalist Karen Khachanov takes on Sebastian Korda who will compete in his first Grand Slam semi-final.

Khachanov had a very easy time of it in the previous round and that could be significant because Korda went to the very end with Hubert Hurkacz on the same day and after a match like that his footwork is entitled to be a little bit on the sluggish side here. Korda is also entitled to feel a few nerves in his first Grand Slam quarter final as well but he does have a 2-0 lead against Khachanov on hard courts to fall back on. He didn’t drop a set in those matches either which will give him further confidence but I sense that Khachanov is in a better place now. I hope he is anyway because I’m two wins away from getting the place part of the 200/1 outright punt on him in so I’m hoping one of those comes here. This could go either way in fairness but I’ll side with the ticket I bought to the raffle rather than buy another one.

The night session begins with the women’s match and we could be in for a lengthy tussle as the world number three Jessica Pegula looks to make it into another Grand Slam semi-final when she takes on the former winner here in Victoria Azarenka.

Pegula has breezed through the draw so far this week and has built on her good form from the United Cup where she was a part of the winning USA team. Azarenka has had it tougher in terms of the scores of her matches and the level of opponents she has faced but she is quite clearly the standout opponent that Pegula has met so far so it will be interesting to see what the American has here. I think we could be in for a cracking match here because Azarenka clearly loves it in Melbourne but she needs to start this one better than she has recent matches because if she drops a set behind Pegula it might not be easy to turn around. While I think this will be a great game I do expect Pegula to win this and I hope she does as much like Khachanov earlier in the day I am on her outright and only two wins from a pay out. Hopefully this is one of them.

The men’s match in the night session sees the favourite to make it through to the final from this half of the draw in Stefanos Tsitipas going up against the one remaining unseeded player in this section in Jiri Lehecka.

Tsitsipas had to come through an epic encounter with Jannik Sinner in the previous round which went on for more than four hours so he will have needed to use all his powers of recovery to be ready for this one. To be fair, Lehecka has gone to a decider and four sets in his last two matches so he hasn’t been off court for very long either so it might be that the fresher man comes through here, whoever that might be. I’m not convinced this one ends quickly though. Lehecka showed against Felix Auger-Aliassime that he is adept at the back of the court and at the net and we know the same can be said of Tstisipas so this could easily turn into a bit of a titanic struggle. That is what happened in their only meeting last year when they went to a deciding set in Rotterdam. In quicker conditions here I think both men might be suited to the task at hand so I don’t see this one being won very quickly. I like over 34.5 games here.