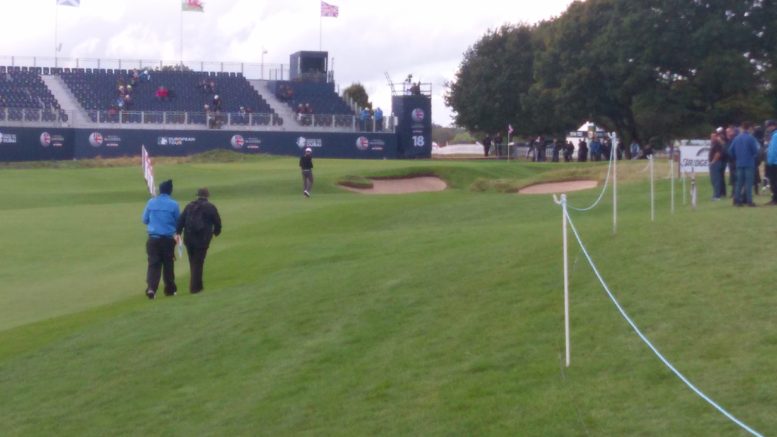 While the top players on the PGA Tour and the DP World Tour are heading to Scotland, the second string of both tours will be in America looking to earn their share of the rewards and riches on offer at the Barbasol Championship.

Seamus Power made a major breakthrough in his career when he landed this title a year ago. He has graduated into the mix of those who are in Scotland this week so we are guaranteed a different winner of the tournament.

We are back at the Keene Trace Golf Club in Kentucky for the fourth time this year. The track remains untouched as a par 72 which measures 7,328 yards and as we we’ve seen in the past a fairly low score is going to be required to win this tournament even allowing for the exceptionally large greens. There is plenty of humidity in the air which may well bring storms in so the greens are going to be soft which allows for another low scoring PGA Tour event.

We now have three years of data to go by when assessing the course but basically this tournament is like the shootouts at the beginning of the season. If you want to go by the statistics then accuracy off the tee is marginally better than length but ultimately this is a case of hit as many greens as possible and scramble well when you miss them. The three winning scores at this venue have been in the -20s so a hot putter is a must. 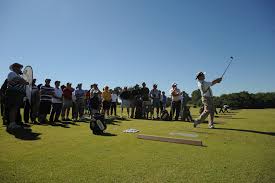 The top 78 players on the DP World Tour and PGA Tour headed to Scotland this week so it is very much the second string who will be competing in this tournament. In terms of household names from the PGA Tour we have Kevin Streelman, Patton Kizzire, Chesson Hadley, Ryan Moore and Michael Thompson along with the former champion Jim Herman who will be looking to contend once again.

The DP World Tour leading lights on show this week include Marcel Schneider, Dale Whitnell, who had a good spin in the Irish Open last week, Justin Walters and Scott Jamieson. There are plenty of players who have lots of talent but whose form has disappeared off the scales here too. They include Wesley Bryan, William McGirt, Marcel Siem, Jason Dufner, Andres Romero and Richard Sterne. This is a competitive field rather than a spectacular one.

It is 20/1 the field this week which highlights how competitive the event is likely to be. The big hitting Christopher Gotterup is the 20/1 favourite to stroll off with the title on Sunday. His fourth placed finish at the John Deere Classic last week would certainly represent a decent bit of form and he was seventh in Puerto Rico earlier in the campaign so he has form in the book but he won’t have been favourite for a PGA Tour event and that brings its own pressure. This is his debut here so there are enough negatives to look elsewhere.

There is a trio of 25/1 second favourites this week. They are Kevin Streelman, Adam Svensson and Taylor Pendrith. The latter two are still looking for their maiden PGA Tour title but that didn’t stop Seamus Power from winning last year. Svensson has been in the top 25 of his last three events but missed the cut here last year. Pendrith was T11 here last year but hasn’t played since The Players Championship which is a huge negative. Streelman is on debut here and has had one top 25 finish since the Texas Open the week before The Masters.

Mark Hubbard is the only other player in the field who is shorter than 30/1. He comes in here off the back of a T13 finish in the John Deere Classic which is a good form guide. He was in the top 20 here last year and I don’t think the field is as good this term so that is very much a positive. The negative is that he hasn’t won on the PGA Tour but again that didn’t stop Power from winning last year. He ticks more boxes than he doesn’t.

John Huh has been putting some decent numbers in the form book and he is the first of two main bets for me this week. He has top 15 finishes at The Honda Classic, Charles Schwab Challenge and the Travelers Championship in much better fields than this. Not only were they much stronger fields thank this one they were on tough courses, much tougher than this. Statistically Huh is solid across the board which is certainly no bad thing and when you consider two of those top 15 finishes were in his last four starts he holds up to anything here on form. He opened with a 68 here last year before stumbling but with more confidence behind him here I think he’ll go much closer.

Michael Thompson won the 3M Open just under two years ago and if he can be anywhere near his best here he definitely has what it takes to win this. He is one of the better putters on the PGA Tour but his form when down the kybosh for a while after the Farmers Insurance Open back in January, however at the Byron Nelson Championship he led the field with the putter, picking up almost 10 strokes on the field, while last week at the John Deere classic he ranked 15 for strokes gained on approach and 18 on strokes gained around the greens. If he can put the two events together then he is going to be right in the mix this week.

A pair of Germans make up my outsider picks this week. Marcel Schneider is one of the better putters on the European Tour and if you take the US Open out his last five form figures are 7-4-5-15-20 so he carries a lot of great form into the tournament. He hasn’t been low down on the approach numbers in that time and his scrambling statistics are going well as well. I don’t think he’ll need the latter too much because this is an easy course but a player who hits a lot of greens and putts brilliantly has every reason to think he’ll be right in the mix here.

Matti Schmid was a leading amateur a couple of years ago and the foundation of his amateur success was his college days in Louisiana so he’ll be very familiar with the Kentucky area and would surely have played a number of rounds on this course. Schmid hasn’t really achieved what was expected of him on the DP World Tour just yet but he probably turned pro at a horrible time given the pandemic and the changes the Tour had to go through just to put events on. He was third in the Steyn City Championship this season and finished T30 last week and on both occasions he lit it up off the tee and played well on the greens. When you add in course familiarity he is worth a bet this week.