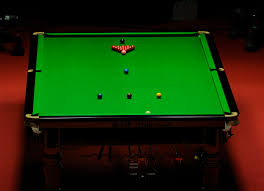 The second week of the first stage of the Championship League Snooker event concludes on Thursday when another two groups take to the baize at the Morningside Arena in Leicester with eight more players getting their season up and running.

We started the week with the world champion Ronnie O’Sullivan on show and we end it with the man he took the world crown from in the form of Mark Selby. Some other household names are on show too so we should be in for a good day.

The former world champion Mark Selby headlines the action on Table One on Thursday and he will be expected to cruise into the second round when he takes on the top seeded position in the group. We all know about the problems Selby has been having off the table and I wouldn’t be surprised if he needs a few events to get up to speed again. His Leicester rival Ben Woollaston is the man best ranked to take advantage of that. He is the second seed in this group while the Chinese player Zhang Jiankang is the third seed. This is a big day for James Cahill as he resumes being a professional after getting his tour card back at Q-School.

Over on Table Two it will be the Welsh Open champion Joe Perry who gets another season underway. He is the top seed in Group 23 and will be expected to move into the second stage of the competition. Elliot Slessor probably isn’t the strongest second seed in the draw but he did make the semi-final of the British Open last season so he knows how to hit the ground running in campaigns. Lukas Kleckers went to Q-School and got his card back so he will be looking to fire from the off but Andrew Higginson wasn’t so fortunate so he gets in here on a Q-School top up and needs to make the most of his opportunity.

I have a gut feeling that both favourites are going to be vulnerable on Thursday. If we focus on Table One first you only have to look at the Twitter account of Mark Selby to know he hasn’t had much time on the practice table of late. That isn’t a criticism but it does open up the potential for him not playing his best snooker here, although in truth you could say he hasn’t shown his best stuff throughout 2022. The question is who to take him on with. The natural answer is the second seed Ben Woollaston and if I had to pick one it would be him but we’ve seen Chinese players make it through on most days so Zhang Jiankang is a danger as we know how hard he’ll have been practicing. James Cahill is dangerous too so nothing stands out here.

Looking over on Table Two, I can’t help but think that Joe Perry will have bigger fish to fry than the Championship League at his stage of his career. He is already guaranteed into things like the Champion of Champions so he doesn’t really need this too much. The question is who to take him on with though. I don’t really trust Elliot Slessor even allowing for the fact he opened last season in good touch while Lukas Kleckers is lucky to still be on the tour and Andrew Higginson is no longer on it. I’ll tentatively leave the group betting alone.

I’m not going to leave alone the opportunity to take Mark Selby on in the matches though and it makes perfect sense to oppose him in the opening game against a James Cahill who we know loves taking on the big name players and who actually has a decent record against them. He is level at 1-1 against Selby with him going down in a deciding frame at the Paul Hunter Classic in 2016 before getting his revenge at the UK Championship in 2018.

Clearly both of those meetings were a fair while ago but Selby would have been in his prime then and obviously with everything going on he isn’t currently in that situation here. He posted a picture on Twitter on Wednesday of him and his wife at Centre Court at Wimbledon and over the weekend he posted pictures of golf so it looks like the practice table has been a second thought recently. That won’t have been the case for Cahill who had to work hard ahead of Q-School and will surely have spent plenty of time on it since he got his card back to hit the ground running. I think the 4/1 on Cahill to win this without the draw in play carries plenty of value.