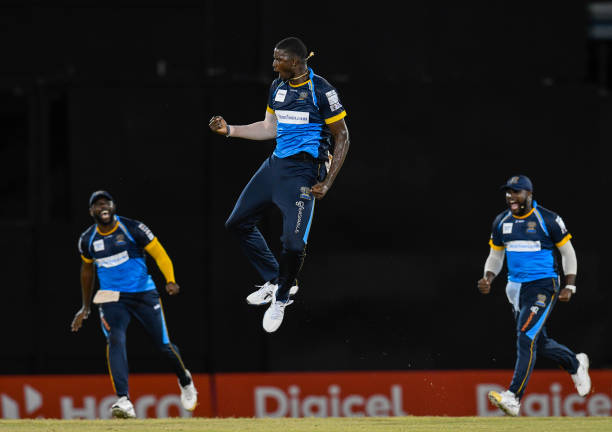 The Caribbean Premier League has been operating in double headers so far but that all changes in CPL 2021 on Saturday when we have a triple header of action, which begins in the early game with the Barbados Royals taking on the Saint Lucia Kings in a huge clash for both teams.

The Royals haven’t really got going and know they need to win their last two matches and hope that a number of results go their way in order to have a chance of qualifying. Two wins for the Saint Lucia Kings gets them into the play-offs.

This hasn’t been a good season for the Barbados Royals and although they are mathematically still in with a chance of qualifying we are not far from it being a miracle for that to happen. The fact they are still alive though means they should be giving everything to win this. The problem they have is they don’t just need to win this match and the reverse meeting on Sunday, at some point they need to win big because their net run rate is a negative too.

That is going to mean their batting is going to need to come to the party sooner rather than later. There have been flashes of it delivering the goods but then they revert to type with another poor display. They have been better with Kyle Mayers opening the batting but even that didn’t do much for them last time out. They do tend to save their worst batting displays for the early starts and that isn’t good because their last two matches are the first game of the day.

If you can work out the Saint Lucia Kings you might be able to quality for psychic powers. To call them inconsistent would probably be an insult to inconsistent. There is no middle ground with them though. They are either very good and dominant in their displays or they are absolutely terrible and beaten out of sight. It goes without saying they require four more days of the former and probably can’t afford any of the latter if they are to compete for the title.

The Kings have never really settled on a side and if they have found their best combinations injury has struck to deny them of it. They will be hoping they can field something close to their first choice XI for the four remaining days of the competition. The one thing they have to do is manage their batting innings better. They just don’t seem to be able to put a stuttering innings back together which is very much a concern for them.

Spin is often a big thing in these early matches so Jake Lintott could be a key man for the Barbados Royals while they strangely keep omitting Hayden Walsh Jr. You don’t get many left arm wrist spinners in the world so he could cause the Kings problems.

Roston Chase is a pretty easy pick for the Saint Lucia Kings’ key man. Not only has he been their best batsman throughout the competition but he is an off spinner who can get after the Barbados Royals left handers and open an end up.

It is hard to see a high scoring match here because even if one of the two teams gets away batting first, neither has shown any fight in tough situations so you could see whoever has to chase a daunting total down falling a mile short. Getting that daunting total isn’t going to be easy though because these pitches have played very tough in the first match of the day. There’s a chance that might change for this game purely because there will be three matches on the pitch but it is hard to see this tired square getting any better.

Neither batting line up has any consistent form to it. Saint Lucia Kings has Roston Chase in crack hot form and the likes of Tim David has put in the odd big hitting innings but you wouldn’t say it is a line up which is going well throughout. There have been flashes of some starts from the Barbados Royals but in eight matches they have an individual top score of 56 and no player has 200 runs from that time so that is evidence they aren’t in good touch with the bat. Both sides can handle themselves with the ball though so under 291.5 runs looks the way forward to me here.