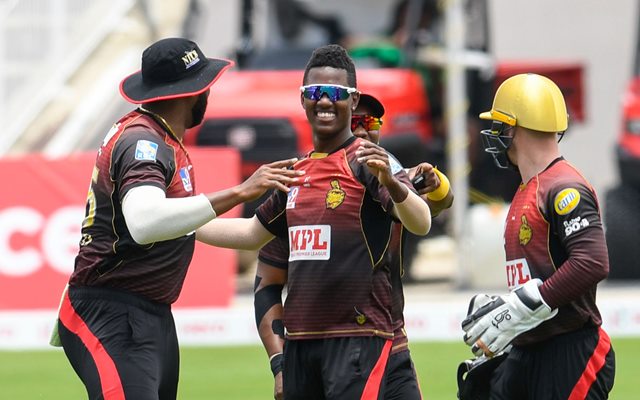 The second part of the double header in the CPL 2021 season on Sunday sees the Jamaica Tallawahs taking on the defending champions Trinbago Knight Riders in what might be a key match in the latest Caribbean Premier League campaign.

These two teams begin the day either side of the cut off line for the semi-finals so the winner is going to strengthen their position and the losers are going to find themselves needing to deliver over the second part of the campaign if they are to make the knockout stages.

The Jamaica Tallawahs have threatened to be a good side this season but still only have two wins from their four matches. The concern with that is their wins came in a match where the Saint Lucia Kings were rancid in their approach and the other one came against the Barbados Royals, who are bottom of the table and seemingly unable to buy a win. That means we need a real convincing win from the Tallawahs before we can take them seriously.

If that is going to happen then their bowling will probably need to improve. The only match in this season in which they haven’t conceded 150 runs was their opening one when Saint Lucia basically had to slog from the outset. They are getting runs with the bat in hand even though you wouldn’t necessarily say that everyone is firing on all cylinders so there is a little more to come. The biggest thing they need from here on in is consistency.

When the Trinbago pictured their title defence ahead of the season starting I suspect that it looked nothing like the way it has played out so far. I say that because they have been quite ordinary and that is unlike them. We should acknowledge the mitigating circumstances that their coach Brendon McCullum hasn’t been able to get over for the competition but they have still been quite disappointing and you wouldn’t expect that from a side defending their title.

Like their opponents here, the Knight Riders have won two matches but they have played an extra game. Their wins have come against the Saint Lucia Kings and the Barbados Royals so there are question marks over them. What will have really hurt them was their last outing against the Guyana Amazon Warriors when they failed to chase down six in the Super Over. There is no excuse for that and highlights that their batting needs to step up.

When you consider that Andre Russell looks like he’s on one leg once again it might be time for Carlos Brathwaite to step up to the plate. This ground isn’t nearly big enough for him either with the bat. He hasn’t bowled in the tournament to date so if he is injured it might be worth shoving him up the order to allow him the chance to impact the game.

Kieron Pollard hasn’t made much of an impression on the competition yet apart from the odd innings. A side which is struggling for wins needs its talisman to take hold of things and lead from the front so Pollard needs to step up.

I think we’re getting to the stage on this wicket where on a fourth match in day conditions on it, it is going to play fairly tough so I think runs might be hard to come by. I think both these sides probably have stronger depth with the ball rather than the bat and they have good bowling options for a dry and tired wicket. That makes me think that rather than approach the match betting in this match and run into a blitz from someone which is significant enough to win the game, the best bet is to look at the runs market.

The runs line for this match is 308.5 which might be a little high. Trinbago Knight Riders aren’t batting all that well but they have enough spin options to keep things relatively tight and the seamers that they do utilise have the skills to take the pace off the ball. Jamaica are the same in that regard and although their batting is firing a little better I don’t think this Knight Riders attack will be the easiest to get after. It all points to a low scoring affair to me.