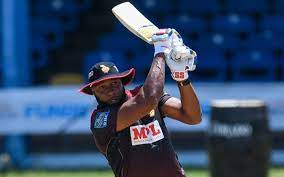 It is semi-final day at the Caribbean Premier League on Tuesday with both the matches taking place one after the other in a double header of action which by the end of we will know who will compete in the CPL 2021 final.

The first semi-final is a repeat of the 2020 final as the Trinbago Knight Riders go up against the Saint Lucia Kings. The Knight Riders won that final last year but after sharing their regular season matches the Kings will be out to avenge the loss in the title showdown last season.

After a fairly indifferent first five matches, the Trinbago Knight Riders won four of their last five outings to top the table for a second year in a row. They will hope history repeats itself and they convert the number one seed into the title to make a successful defence of their crown. In order for that to happen you suspect their bowling is going to need to continue making plays as that is the area of their team which has really been on song in the second part of the campaign.

Only twice this season has a team scored more than 150 against the Knight Riders and you would imagine if that statistic remains in place here it will be Trinbago who are heading to the final. They haven’t been flawless with the bat throughout the season but the longer the competition has gone on, the more batters they have hit form and these tournaments are all about how you finish not how you start. That is ominous for the others.

The Saint Lucia Kings were the last team into the postseason. They have been anything but consistent this season but their wins were big enough to protect their net run rate and they got enough of them to edge out the Jamaica Tallawahs for fourth spot. We’ve seen both sides of the Kings this season. When their bowlers are on it they look a very good side but when they are not on it they take looking toothless to a whole new level.

It goes without saying that the bowlers are going to have to turn up and do so with their best stuff here. If they let Trinbago get away from them early then based on what we’ve seen in the tournament to date this match could turn pretty nasty. The other thing they need is for their top order to get them off to a positive start. If they allow Trinbago to shackle them early and get them behind the game it can be a long way back from there.

Ravi Rampaul is the leading wicket taker in the competition and there is that old adage that bowlers win tournaments. If that is going to be the case then the veteran will be a big player for the Trinbago Knight Riders here.

Wahab Riaz is likely to open the bowling for the Saint Lucia Kings and the only thing that is going to keep them in this match you would think will be early wickets. If Trinbago get away from teams early and set the game up for Kieron Pollard it is a long way back so they really need the best of the Pakistani with the new ball.

This isn’t an easy match to bet on because in truth we don’t know which Saint Lucia Kings will turn up. You would think it would be the best version of them but there is no guarantee of it. We also don’t know how the pitch will play but we did see the two over the weekend offer much better potential for batting and you’ve got to think the competition organisers would want the knockout stages to be played on good wickets.

That makes me think the best bet for this match is for there to be more than 13.5 sixes. These two sides certainly aren’t short of six hitting power and we’ve seen more and more in the last few matches that the small ground really is attackable. Even bowlers way down the innings are clearing the ropes which means that this line might well be on the low side. If Saint Lucia’s bowlers aren’t on it Trinbago could go close to covering this on their own. The Kings batsmen will add to the total though so I’ll play the over.