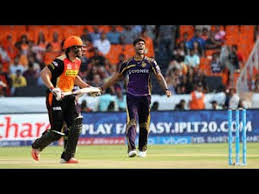 After the rain denied us a potentially exciting conclusion to the ODI series between England and South Africa, the two countries head into the shorter version of the game on Wednesday evening when they head to Bristol for the opening T20 of three.

Both teams will be eager to win this series and claim the white ball bragging rights but of equal or more importance to them will be continuing their preparations for the T20 World Cup which is now less than three months away.

Since they lost in the semi-final of the T20 World Cup in November it has been pretty slim pickings for England as a T20 international side. They have played two series, one in the West Indies and one at home to India, and lost them both, winning three out of the eight matches. That is certainly not the record they crave as they look to not only be the best T20 side in the world but also to build up to a tilt at another T20 world title in October.

The big issue England have had for a while now in this format of the game is with the ball, however in the series against India it was the batters which struggled and the two matches they lost against India they were bowled out for 148 and 121. Being bowled out is becoming a theme for the white ball team and that is something they’ll need to put to bed here. They will then hope that their bowlers, who while not outstanding against India, can bowl well and keep them in the game.

This is traditionally the format of the game which South Africa have struggled in but after a positive T20 World Cup in conditions which probably didn’t suit them there has been a good deal of encouragement. South Africa are currently impacted negatively by their franchise T20 tournament having not been able to go ahead but they have enough players dotted around big competitions like the Indian Premier League and the Vitality Blast to be able to cope well enough.

The only time we have seen South Africa since the T20 World Cup was in India last month where they looked good in opening up a 2-0 lead only to be pegged back to 2-2 and then seeing the deciding match washed out. This starts a run of T20 action for the white ball side so you get the feeling they are going to ramp up their preparations for the World Cup down under, although being without their captain here won’t be particularly helpful.

There is no Ben Stokes for this series as he has his workload managed while T20 regulars Dawid Malan and Chris Jordan will return. The only question England have is over the finisher where Harry Brook looks most likely to get the nod.

South Africa are without Temba Bavuma for this series so David Miller will skipper the side in his absence. Rilee Roosouw is set for an international return after smoking it all over the south of England in the Vitality Blast. Kagiso Rabada is in the squad for the T20s after sitting out the ODIs.

There hasn’t been a match at Bristol for 12 days since England and South Africa women played an ODI here. That was high scoring with England piling up the runs and that trend was in keeping with the Vitality Blast here where 171 was the average score despite only two Gloucestershire batters averaging over 30 for the competition. Given the 12 day period without a match here I’m expecting conditions to be excellent for batting so I’m expecting a high scoring encounter here.

The boundaries are generally pretty accessible here at Bristol. That women’s ODI I mentioned had 64 boundaries in it and although the ropes would have been in a bit for that what it did show was how fast the outfield is here. Bristol don’t get to host too many England games so I’m expecting them to produce a wicket that puts on a real show. The straight boundaries here are always accessible since the flats went up and the square ones while longer aren’t out of play either. I like over 40.5 boundaries here.