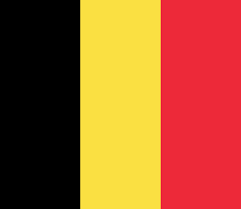 How Qualified: Winner Group I

Open a Betfair account during the Group Stage of Euro 2020 and bet £10 to get a HUGE £50 in FREE BET BUILDERS! Click the image below to get your free bets! New accounts only. 18+ T&Cs apply. Gamble responsibly.

Min stake £10 on SBK, 11th Jun – 20th Jun, min odds 2.0. Only deposits made using Debit Cards or ApplePay will qualify. £20 Free bets are awarded after the qualifying bet has settled and £10 daily the following 3 days, valid for 30 days, must be used on Football bet builders. T&Cs apply.

When you consider the players they have had throughout the ages, Belgium boast an indifferent record in this tournament. Their highlight came in 1980 when the likes of Jan Ceulemans led them all the way to the final in Italy before West Germany edged them out late on. They have only qualified for the tournament three times since then with their run to the quarter finals in 2016 the best they have done since then. That run was surprisingly ended by Wales in the last eight but having reached the semi-finals of the World Cup in Russia, the Belgian Red Devils will travel across Europe this summer as one of the fancied runners to win the tournament.

Belgium were one of the sides who delivered a perfect qualifying campaign. They were seeded to do that and it would have been a surprise if they had been troubled too much throughout the campaign but to win every match and to do it in the style they did was impressive. They scored four or more goals in five of their last six qualifying games so they will be heading into this tournament in confident form. Romelu Lukaku was the chief destroyer in terms of goals. He bagged seven throughout the group.

This golden generation of Belgian footballers were probably in their prime 12 months ago so the delay hasn’t helped them. Eden Hazard has had another injury filled season at Real Madrid and perhaps more significantly Kevin de Bruyne picked up a nasty looking injury in the Champions League final which looks set to keep him out of at least the opening match. It would be wrong to say that the delay has had a massive effect on Belgium but it is hard to argue it has helped them either.

Belgium are a powerful side in offense. They have a number of world class superstars in attacking areas, led of course by Kevin de Bruyne but the likes of Romelu Lukaku and if he is fit Eden Hazard can destroy any side on their own. They usually overwhelm the poorer sides so any minnows that get in their way could get taken apart which makes them attractive for goals bets throughout the competition.

The centre of their defence could be something of an issue with Jan Vertonghen and Toby Alderweireld probably slightly past their best. They sometimes find it hard to break down a low block and they might be facing plenty of that throughout the tournament. There is also a bit of a drop off in the centre forward position should anything happen to Romelu Lukaku at any stage of the tournament. That is a big concern even with all their attacking talent.

Roberto Martinez was the man who led Belgium to the semi-finals of the World Cup, picking up on the good work of Marc Wilmots who was in charge at the last European Championship. Martinez honed his managerial career in England, famously winning the FA Cup with Wigan Athletic in 2013 before going on to do a decent job with Everton. He is a coach who likes to play with the ball and work it through the lines, often with three at the back. His teams are often described as pretty to watch but don’t always have the required steel. His record as manager is P54 W42 D8 L4.

Kevin de Bruyne looks like missing the opening game of the tournament while his facial injuries picked up in the Champions League final are sorted out but when he returns he will be a key player for Belgium. He is arguably the best player in world football right now so he improves any side and his absence is felt strongly. Romelu Lukaku hasn’t really delivered on his outstanding potential at a tournament but with the chances likely to come readily for him this could be the time he does just that.

There are a few bets to consider for Belgium in this tournament but I’m going to side with their attacking power and back them to notch more than 8.5 goals in the competition. If they catch fire in the group stage they could cover this in those three matches alone, even though their three opponents aren’t wide open. Belgium are making a habit of putting inferior sides to the sword and when you consider they scored three and four against Russia in qualifying they could take care of a good chunk of this target in their opening game.

Assuming Belgium win Group B, and I think it is a fair assumption to make, then they will get a third placed side in the round of 16 and when you look at the third seeds, they are likely to get someone like Wales, Turkey, Czech Republic or Poland and you’d expect them to dominate all of those so really Belgium will build up a head of steam in this tournament. The further Belgium go the more guarantee they cover this line and some but they could easily have it done by the quarter final. I like the over here.