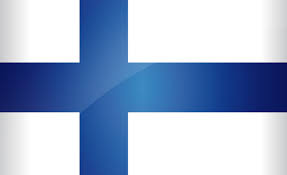 How Qualified: Runner Up Group J

The relatively small footballing nation of Finland had never qualified for a major tournament until they reached this one and now they will aiming to emulate what their Scandinavian rivals Iceland managed at the last European Championship and make the kind of impression that will make people stand up and take notice of them. They haven’t started their World Cup qualifying group too well so this might be the only chance they have to make an impression on such a stage for a little while so they will be eager to take advantage of the opportunity.

When you consider that Finland were in a group with seasoned campaigners Greece and Bosnia-Herzegovina as well as the Italian powerhouse, Finland did incredibly well to come through and make these finals. They weren’t perfect in qualifying, losing four of their 10 matches but they won four of their five home matches and picked up the necessary wins in Armenia and Liechtenstein to give them enough points to make it through to these finals. Teemu Pukki was the catalyst for that success. His 10 goals were the most by any Finn in the group.

There is a feeling that the delay might have gone against Finland. A couple of their key midfielders were probably in better form a year ago than they are now while there is also an injury cloud hanging over Teemu Pukki and they cannot afford to be without him for any period of time. On the flip side of that Marcus Forss has come off a good season at Brentford and might just offer a better backup to Pukki than he might have done 12 months ago.

Generally when a side wants to do well in tournament football they need two things – a reliable goalkeeper and a star striker who can be relied upon to score goals. Finland have both of those in Bayer Leverkusen stopper Lukas Hradecky and the Norwich City forward Teemu Pukki. They are also an extremely well organised side who are difficult to break down, as six clean sheets in qualifying can testify to. They also kept a clean sheet against France in a recent friendly so they are hard to break down.

The criticism of Finland is that they can only play in one way so if they fall behind in a match they lack the tactical flexibility to be able to get themselves back into a game, although their supporters would argue that on the flip side of that, when they take the lead they are hard to break down. That means perhaps the biggest concern is Teemu Pukki. Is he fully fit and can they get him into the positions he needs to be in for him to provide the necessary goals.

Markku Kanerva has been the man who has overseen this massive improvement in the Finland results. He took charge of the side in 2016 and took advantage of the first Nations League to build confidence within the squad, morale which they took into their qualifying campaign with them. He is a manager who gets the best out of the players he has around him but that means he applies a lot of time on organisation and defensive ability while looking to get at teams on the counterattack. His record in charge reads: P44 W21 D7 L16.

We’ve highlighted it above but if Finland are going to do anything in this competition they will need Lukas Hradecky to live up to his reputation between the sticks and then they need Teemu Pukki to show the form he showed both in qualifying and in the Sky Bet Championship this season when he filled his boots with goals once again as his club got promoted back to the Premier League. Another player to watch out for is the Rangers midfielder Glen Kamara, who has plenty of suitors looking at him in this tournament.

I get that Finland have an excellent keeper and a top class striker but the latter comes into this tournament under an injury cloud and eventually all keepers are beatable if you have enough shots against them. I think Finland have done remarkably well to make it to this tournament but I don’t see them emulating Iceland from five years ago. They play a similar style to their Scandinavian rivals, albeit with more of a goal threat, but that style of football got found out a while ago hence why Iceland aren’t here.

Finland lost four matches in their qualifying group and while it was a competitive one on names only Italy from that section are in this tournament so the depth of that group wasn’t there. I can’t see where a Finland point comes from here. The big problems they have is whether Pukki is actually fully fit. He played 30 minutes of the last warm up but surely he would have played more if he was ready to. The other issue is their matches against Denmark and Russia are genuine away games and the other match, the only neutral match in their section is against Belgium and they’re not winning that. Things have transpired against Finland here so the 2/1 that they lose every group game looks overpriced to me.

Back Finland to lose every group match for a 1/10 stake at 3.00 with Coral