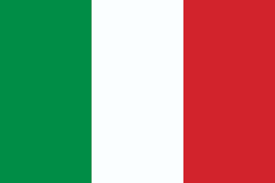 Italy have a proud tradition in the European Championship having won at their first opportunity in 1968 and having been beaten finalists twice since then, losing to France in 2000 and Spain in 2012. 53 years is a long time for a nation with the footballing talent that Italy have to go without winning a tournament of this kind so players will be under pressure to deliver the goods this time around. You sense that Italy have concentrated more on the World Cup rather than this event in the past but with them enjoying home advantage throughout the group stage here that might have to give this year.

Italy made it through to this tournament in perfect fashion winning all their matches in qualifying. That have become renowned as extremely good qualifiers but are beginning to get a reputation for not delivering when it matters. Critics will argue that they didn’t face much in qualifying with Finland their closest challengers but sometimes it isn’t what you beat, but how you beat them and averaging 3.7 goals per game and only conceding four in total suggests they qualified extremely comfortably. Torino forward Andrea Belotti led their scoring with four goals in qualifying.

You would say that with an aging squad defensively that the pandemic hasn’t done much for their chances, but on the flip side of that the extra year has allowed Roberto Mancini to unearth better attacking options and he will be happy with the stock available to him here. There are no signs of that defence getting weaker and with some key players arriving into the tournament of the back of good form for their club, the event might just be coming around at the right time.

Whenever an Italian side heads to a tournament you are immediately drawn to their defence and that is no different this year. In Giorgio Chiellini and Leonardo Bonucci they have a solid central defensive pair while Gianluigi Donnarumma has long since been seen as one of the better goalkeepers of this generation. Italy have plenty of depth in that department and as we saw in qualifying they are not necessarily going to be the easiest to break down.

I think the argument is a fair one that Italy lack a truly world class striker. Ciro Immobile will be the man assigned the task of leading the line but you wouldn’t put him in among the elite and in a tight game, not having someone they can go to who will guarantee them a goal could be the thing that catches them out in the latter stages of the competition.

Roberto Mancini will be well known to UK football fans from his time as a player at Leicester and manager of Manchester City where he began the dominance of English football that they currently enjoy. He is also a title winner in Italy and now gets the chance to take that experience and look to turn it into big tournament results with his national side. Having taken over in 2018, the defence first minded coach has got his team into this tournament, into the Nations League semi-finals later in the year and currently on top of their World Cup qualifying group. He has only lost one competitive match in charge of Italy and overall his record reads: P31 W22 D7 L2.

Gianluigi Donnarumma is going to be a key man for Italy throughout the tournament. You rarely win these things without having a good stopper between the sticks but as well as that the midfield trio of Jorginho, Marco Verratti and Nicolo Barrela will be key in a side who are all about passing sides into submission. Not only do they keep and protect the ball but they are stable enough to allow the three attacking players the freedom to do their thing.

There is only I like for this Italy side. I was looking at their top goalscorer but the runners I would have wanted are a little short in the betting. I wanted to take Ciro Immobile on but there wasn’t really anyone to do it with so instead I’ll go with Italy to be beaten in the quarter final. I accept the risk for betting on this market because there is a lot of predictive work that goes into it but if Italy do win the group, which with home advantage I would expect them to do, things get a little clearer.

They would meet the runner up in Group C in the round of 16 which means one of the Netherlands, Ukraine, Austria or North Macedonia and even if it is the Netherlands I’m not sure I wouldn’t fancy Italy in that one. It is at the quarter final it gets a little tricky though because they are seeded to face Belgium, the winners of Group B. Even if they don’t play them and play Denmark I’ve already highlighted I like the Danes to go well so the 5/2 that Italy gets beaten in the quarter final is worth a play to me.

Back Italy to be eliminated in quarter final for a 1/10 stake at 3.50 with Boylesports