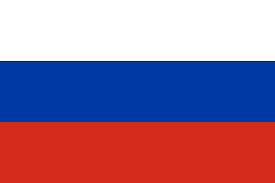 How Qualified: Runner Up Group I

Russia or the Soviet Union as they were previously recognised as, have a very good record in this competition. There aren’t too many who recall them winning the first staging of the European Championship in 1960, albeit it was only a four team tournament then. They almost made a successful defence of their title four years later when they were beaten by hosts Spain in the final. They were runners up again in 1972 with West Germany getting the better of them. Their fourth and final appearance in the final came in 1988 when they were forced to succumb to that magic Marco van Basten strike in a memorable conclusion to the event that Germany hosted. Since then they were semi-finalists in 2008 when eventual winners Spain got the better of them in Vienna.

I think it is fair to say that Russia were always playing for second place in the group stage of qualifying and having bodged up their Nations League group they were under a bit of pressure to ensure they did finish second to Belgium. They managed to negotiate that task comfortably enough with Scotland in behind them but nine points back, so the Russians qualified with a fair bit of ease to build on their run to the last eight of the World Cup that they hosted three years ago. Artem Dzyuba was their main marksman in qualifying, notching nine of their 33 goals.

Time will tell whether this Russia outfit is as good as it might have been a year ago. They have a few aging warriors which the 12 month delay won’t have done many favours for. That has meant that this is largely a youthful Russia squad which will embark on this tournament. Russian football hasn’t really pulled up any trees either in the Nations League or World Cup qualifying recently so Russia are a side who probably would have preferred this tournament to be staged in its original slot.

The players who were involved in World Cup 2018 back in their home country will have good experiences of tournament football. Russia don’t lack for creativity going forward and they have a target man who knows where the back of the net is which simply can’t be underestimated at this level of football. In a group with one of the tournament minnows they have home advantage in two of their three matches which should serve them well.

Goalkeeper could be a potential issue for the Russians with Igor Akinfeev a thing of the past now. The three keepers who are in the squad for this tournament have just 13 international appearances between them so that has to be a concern, as does their form on the road when they have leaked goals recently including a 5-0 Nations League loss to Serbia which doesn’t read as a particularly strong form guide.

Stanislav Cherchesov remains the manager having led the side to the quarter finals of the 2018 World Cup. He took over in 2016 having previously won the league and cup with Legia Warsaw in Poland. Cherchesov is instantly recognisable and his teams follow suit. There is no mystery to his team with the aim to get the ball into the box as early as possible very much the tactic which they follow. He is a boss who the Russian people have always doubted, although that run to the last eight three years ago did silence some of the criticism that came his way. Overall record: P52 W22 D12 L18.

Monaco creative spark Aleksandr Golovin will be a key player for the Russians in this tournament. He is the one player in this squad that has a bit of class to open up a defence either for a teammate to profit from or to create a chance for himself. If Russia are to achieve their aim of reaching at least the quarter finals their captain Artem Dzyuba will need to have his shooting boots with him as they rely heavily on him for goals.

I don’t think you can say that Russia are guaranteed to qualify for the latter stages of the competition but I do think they’ll come out of their group in third place if nothing else but then the problems hit because they’ll be facing a group winner in the last 16 which looks like being Spain or France if the event runs to the seedings. While I don’t hate this Russia side as much as some judges seem to, I don’t have them beating one of those in knockout action.

That makes me think the 11/8 on Russia losing out in the round of 16 in this tournament is fair enough value. The concern would be that their opponents in a last 16 clash would be a lot shorter than 11/8 so there is no way of laying off or escaping the bet but I think it is safe to trust someone like a France or a Spain to get rid of them. Russia can be competitive against nations on a par with them level wise, but tend to struggle against the elite.