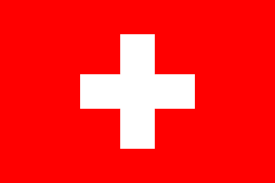 The Swiss don’t have a great history in the European Championship. Until five years ago they might have been best known for holding England to a 1-1 draw in the opening match of Euro96, the first European Championship that they qualified for. They went out in the group stage then and have only been past that stage of the tournament once in four attempts. That was in France in the last renewal though which suggests they are improving. Coming out of the groups is the very least that will be expected of this Swiss side here.

In what had the makings of a competitive group the Swiss made light work of their qualifying section, topping a group which had Denmark and the Republic of Ireland in it. They didn’t just top the group but they only lost the one match, which was a narrow defeat away to Denmark. That was a decent effort when you consider the struggles they have had to make it into this event previously. Rangers forward Cedric Itten was their top scorer in qualifying with three goals. That wasn’t enough for him to make the squad for this tournament.

It is hard to say what effect the pandemic has had on this Swiss side. They are a year older but they are a group that in the main have been together for a while anyway so you could argue it is a slight negative. Nothing looks to be happening in Swiss football right now and you wouldn’t say any of their key players are in amazing form. There is a feeling the Bundesliga might have been a weaker renewal this year than previously too which isn’t good for a side whose squad is largely make up of players in that league.

They are probably at their strongest defensive and although they try to play a bit more expansively with a three at the back, ultimately whenever they win big or key matches they tend to be low scoring so they rely heavily on their defence if they are to get the job done. One thing which does help them is Xherdan Shaqiri seems to shine much more on the international stage than he ever has done at club level.

Whenever I look at this Switzerland side, or any that have gone before it really, I wonder where the goals are going to come from if a team keeps Shaqiri quiet. They are not blessed with creative talents and they don’t really have an out and out goalscorer. Haris Seferovic is likely to start through the middle up top and he has one goal in 11 tournament appearances. The other issue with the Swiss is their terrible tournament record which is very hard to ignore.

Vladiir Petkovic is one of the longest serving managers at the finals having taken charge of Switzerland back in 2014. He has overseen their run to the last 16 of Euro 2016 and the same stage of the World Cup two years later. With many of the Swiss squad getting on in age this could be his last chance to take them beyond that stage of a major tournament. Petkovic is a tactically astute manager who gets the best out of the limited weapons that he has at his disposal. His record reads: P71 W38 D15 L18.

Xherdan Shaqiri is the man who makes this Swiss side tick. If he can find his form early on in the competition then he could lead them into the knockout stages but if he has a quiet time of it you fear for the Swiss. The other player of note is Ricardo Rodriguez, the full-back who often plays on the left of a back three for Switzerland these days. He is the penalty taker and can often be on free kicks too.

It doesn’t look like Mario Gavranovic is going to get a starting berth for the Swiss from the start of this tournament but I don’t think it will take a huge amount for him to become the starter and as such the 10/1 on him being the top Switzerland goalscorer makes sense to me. He led their scoring in the Nations League in the season just gone and nailed a hat-trick in the final warm up ahead of this tournament.

Petkovic is expected to go with Haris Seferovic from the outset but his limitations are clear for all to see and he hasn’t really delivered in a Switzerland shirt in tournament play. Seferovic has had a good season at Benfica so it is fair enough that he starts but we saw Switzerland start changing the guard during the World Cup three years ago and if they fail to score against Wales and Italy first up, Gavranovic might get the key game against Turkey. I don’t expect many Swiss goals in the event but at 10/1 I’ll take a chance that any which do come along go the way of the Dinamo Zagreb man.

Back M.Gavranovic Top Switzerland Goalscorer for a 1/10 stake at 11.00 with William Hill