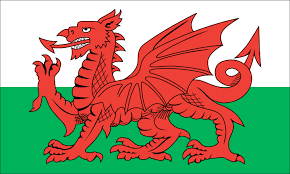 How Qualified: Runner Up Group E

Open up an 888sport account during the group stage, bet £10 to get £30 in FREE BETS + £10 FREE BET if England reach the knockout stages! Click the image below for this amazing offer! New accounts only. 18+ T&Cs apply. Gamble Responsibly. 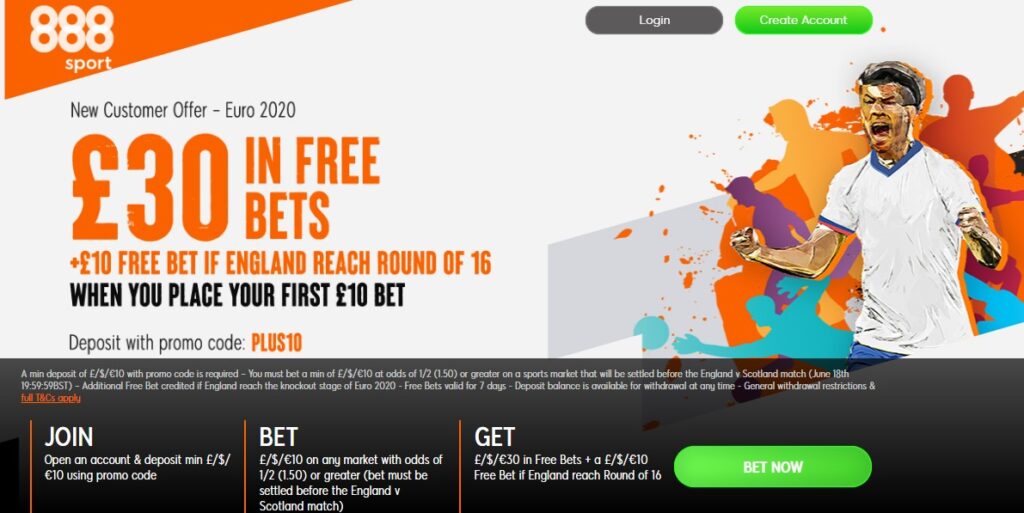 Min deposit of £/$/€10 with promo code required – Qualifying bet of at least £/$/€10 at odds of 1/2 (1.5) or greater – Additional Free Bet credited if England reaches the “Insert Stage” of Euro 2020 – Free bets valid for 7 days – Deposit balance is available for withdrawal at any time. General withdrawal restrictions & full T&Cs apply

Wales have a poor history in the European Championship having only qualified for the tournament once in all prior to this renewal. They made full use of their qualification in 2016 though when they came out of the group and then shocked fancied Belgium in the quarter final before going down in a tight semi-final to the eventual winners Portugal. That was a campaign that got everyone in the country proud of their football team and after missing out on the 2018 World Cup, those fans will be hoping their players can do them proud once again in this tournament.

Wales were guaranteed a play-off spot having topped their Nations League table but they didn’t need to come through the tense nature of those matches as they were more than good enough to finish second in their qualifying group behind World Cup finalists Croatia. Wales finished ahead of Slovakia and Hungary, both of whom came through the play-offs so you would have to consider that a decent effort. They were under pressure to deliver after losing two of their opening three matches too which might be significant. Aaron Ramsey, Gareth Bale and Kieffer Moore were their top scorers in qualifying with two goals apiece.

I don’t think the pandemic has done Wales any harm. If anything it might have helped them on the field because it has allowed Gareth Bale time to find his form again on loan with Tottenham Hotspur. They have also been able to blood some players in the Nations League and World Cup qualifying so they might be stronger as a result of that. There is however no getting away from the Ryan Giggs situation and it remains to be seen whether they are better off without him or not.

Wales have some exceptionally talented individuals and if this is a tournament for match-winners coming to the fore then the likes of Gareth Bale and Aaron Ramsey will have them in good order. Another thing that could be vital after the year we’ve all had is team spirit and there is always plenty of that in any Welsh camp. The young blood they have got into the side are not short of pace which could be crucial against tired legs in energy zapping heat.

If their individual superstars are their strength it could also be their weakness because they can be too reliant on those players and if any of them get shackled it is hard to see Wales delivering the goods. You get the feeling Gareth Bale has to be on his 2016 form for Wales to go anywhere in this tournament. Some of their senior players have spent a lot of the campaign injured so the Welsh will need to hope that works in their favour from a freshness point of view rather than against them from a fragile possibility.

Ryan Giggs was due to be the manager of the Wales team in this tournament but the assault claims that are hanging over him changed all that. Robert Page is the man who will lead the men from the valleys in this event. He has been in charge of them for the last nine months and was Giggs’ assistant so he has been involved with this squad for a while. Page was elevated from the coach of the under-21s where he would have led a number of this squad so there will be a familiarity between him and his players. He coaches a modern style where the full-backs bomb on and there is an emphasis on keeping the ball. His record reads: P6 W4 D1 L1.

Gareth Bale already holds claims for being the best player Wales have ever produced and if he delivers the goods here he will only enhance that reputation. Aaron Ramsey was a key figure in the 2016 success and you suspect he will need to go well here if they are to get anywhere near close to emulating that run. Of the newer brigade the pace and quality of Daniel James is something that Wales can exploit particularly late in matches.

I don’t envisage too many in the way of Wales goals in this tournament. Even when they made the semi-finals in 2016 they only scored 10 goals in their six matches and that was when Aaron Ramsey and Gareth Bale were on top of their game. I’m not so sure they are anywhere near that level now and although there is a decent core of players in this Wales squad, those two still standout off the page. The other reason why I don’t see many Wales goals is I don’t really fancy them to go that deep in the competition.

That makes me think there might be a bit of value in opposing Gareth Bale in the Top Wales Goalscorer market. I think teams at this level will have worked Bale out now and although he is still a threat around the box he will surely be marked out of the game as much as possible. Aaron Ramsey is an option at a double digit price while the pace of Dan James in a group of slow defenders could work too but Kieffer Moore is the focal point of the Wales attack. They set up to bomb the wing-backs on to get crosses into the box which plays more to Moore’s strengths than Bale’s. At 8/1 as opposed to 7/4 the value is with Moore here.

Back K.Moore Top Wales Goalscorer for a 1/10 stake at 9.00 with BetVictor