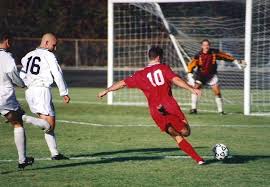 The second part of the double header of action at the FIFA World Cup 2022 on Sunday sees the Three Lions of England looking to make it into the quarter final for a second time in succession when they go up against the African champions Senegal.

England coasted their way through a group they were expected to dominate in the opening stage of the tournament while Senegal had to win their last game after making hard work of their first two games in order to book their spot here.

The match will be shown live and in full on the ITV 1 channel in the UK with the extensive build-up beginning at 6pm and the match itself kicking off at 7pm.

They haven’t always been convincing in this tournament but England navigated their group with relative ease, which when you consider their form heading into this event was probably more of a hope than a confident outcome. What England did do was win their opening match emphatically so if there were confidence issues after a relatively poor run of results, that would have ensured that any doubts within the camp went away.

After that victory it was all about managing their way through the remainder of the group and ensuring they didn’t come unstuck like some of the big teams. Despite needing a result from their final match to secure top spot in the group, Gareth Southgate still took the chance to rest some of his starters so this should be a relatively fresh England side which takes to the pitch. This is a squad experienced in knockout football which will be a positive.

Given that they arrived at the World Cup as the African champions there was plenty expected of Senegal heading into the tournament, even with them being without their talisman in the form of Sadio Mane. They probably didn’t deliver what they had hoped in terms of performance in their first two matches but when push came to shove and they had to win their final group game they were able to play on the front foot and get the job done.

The one thing you would say about this Senegal side is they don’t look the best defensively. They conceded in each game they played including the only goal Qatar looked like scoring in the tournament. The longer the group stage went on the better they looked going forward, which I guess you would have expected given that they had to come to terms without having Mane to call upon. Like England, this Senegal side know how to play knockout football.

England boss Gareth Southgate has a few selection headaches to work out but it looks like Bukayo Saka and Marcus Rashford will get the wide roles either side of Harry Kane. Kyle Walker could get the nod at right-back.

Senegal have had issues over their head coach Aliou Cisse who has been suffering from the flu but he is expected to be in the dugout for the match. One man he won’t be able to call upon is Everton midfielder Idrissa Gana Gueye who is out with suspension.

England manager Gareth Southgate has given off plenty of signs of caution ahead of this round of 16 match so we are probably going to see his team reflect that on the pitch and go about containing Senegal and stifling then rather than looking to flourish and dominate the game. He will look to that extra quality that his side offer to open the scoring and then manage their way through to the quarter final stage.

It is probably the right way to go against a team who are powerful and do possess a fair bit of pace but it might not make for the most entertaining watch of the tournament. I do think England win the game though. They are top end Premier League players up against a team of a few exceptions but in the key areas are Championship players or players who didn’t really impress at that level. I don’t see England opening up and turning this into a classic so an England win with under 3.5 goals looks a fair bet here.