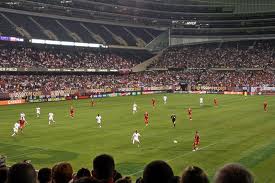 The final two spots in the quarter final of the FIFA World Cup will be filled on Tuesday and the two teams battling it out in the first game are surprise Group F winners Morocco and the 2010 champions Spain.

Morocco were expected to finish behind Belgium and Croatia in their group but they finished above the both of them while Spain looked like they would dominate Group E after one match but floundered in their next two.

The match will be shown live and in full on the ITV 1 channel in the UK with the lengthy build-up to the contest beginning at 2pm and kick off coming along at 3pm.

When you consider that Morocco barely showed up at the Africa Cup of Nations earlier in the year, this run to the last 16 in Qatar has been remarkable really. Clearly back then there were plenty of internal issues with key players refusing to accept their call ups and they just looked like a team of disharmony. That doesn’t appear to be the case here though so their brave decision to change coach in September is already looking like a fantastic one.

Morocco head into this Round of 16 contest having kept six clean sheets in seven matches. The only goal against them in that run was one which they scored themselves. Usually when a team doesn’t concede many goals they can be described as boring but actually when Morocco get on the ball, while they are happy not to have much of it, they really make their time on the ball count and in Hakim Ziyech and Sofiane Boufal they have two men who have looked very good so far.

There is an adage in these tournaments that it is better to finish well rather than start well and there might be one or two Spanish fans who are fearing that their team peaked in their opening game. A 7-0 win looks fantastic on the record but Costa Rica played their part in that game by defending like clowns and then rolling over. Since then they have only scored two goals in two matches despite dominating the ball, and in truth neither opposing keeper has been massively overworked.

A lack of goals was something that was flagged up by Spain going into the tournament and there are certainly signs of that so against a Morocco defence which is incredibly stingy it will be interesting to see if they can be more clinical in front of goal. Usually Spain get away with not being clinical because they are tight defensively but they have conceded in both the matches they have played against opponents who have shown up and their goalkeeper looks like he has a clanger in him at any moment so this feels like a big test for Spain.

Morocco have reported a clean bill of health which will be a relief because Achraf Hakimi, Sofiane Boufal and Hakim Ziyech were all supposedly doubts over the weekend. It means that the Africa side could be unchanged for this match.

Spain had a doubt over their right-back Cesar Azpilicueta, who was struggling with a calf injury, but Luis Enrique has suggested that he has a full squad to choose from. After goals in each game so far, Alvaro Morata looks to have snatched the starting number nine berth from Marco Asensio.

I like Morocco on the Asian lines here. Spain don’t score enough goals for me to think they are automatically going to win this match by two goals against a defence which is as organised and as solid as the Morocco one so if they don’t find the net twice then the worst we can do is get a push. That is before we look at the threat that Morocco carry at the other end which while perhaps not having the flair across the forward line that Spain might have, certainly isn’t goal shy or devoid of chances so it definitely won’t be a surprise if Morocco notch here and force Spain to score at least twice to condemn us to that push.

Spain have gone out of the last two tournaments on penalties and actually had to go beyond 90 minutes in all three knockout matches they played at the Euros last season so it wouldn’t be the biggest surprise in the world were this one to go past normal time either. Whether Morocco win or get a draw I think they can get something out of this match. I’ll also take the chance that the African side do win this in 90 minutes and that they win to nil. This is a team who don’t concede goals and aren’t always the most fluent in front of goals so you would think if Spain score a Morocco win inside 90 minutes is unlikely, especially as I’d imagine the Africans would drop even deeper and protect their position, so a Morocco win is likely to be without conceding. That is a 10/1 chance which is just a touch too big for me to ignore.