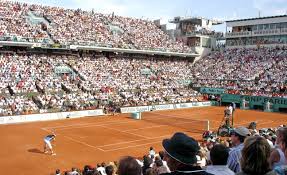 The quarter finals of the French Open begin on Tuesday when the first half of both singles draws complete to the semi-final stage inside the Roland Garros compound in Paris.

With the tournament well and truly into the business end the big names and top matches keep on coming and that is no different on Tuesday with some of the biggest names in the sport out on the courts.

While Monday was a great day for the big names as the likes of Andy Murray, Kei Nishikori, Marin Cilic and Stan Wawrinka all sailed through to the men’s quarter finals with Karolina Pliskova and Simona Halep making it through in the women’s draw it was not the day we were looking for betting wise.

Despite winning the first set 6-0 Fernando Verdasco couldn’t kick on and eventually lost quite tamely to Nishikori while for the second time in three days an over bet lost despite very close first two sets. Hopefully we get more fortune on Tuesday.

There will be plenty of support for the local girl Kristina Mladenovic first up on the main court on Tuesday when she faces the Swiss star Timea Bacsinszky for a place in the semi-finals of the tournament. They will be followed by the overwhelming favourite to win the men’s event in Rafael Nadal. He faces a Spaniard for the second time in succession. This time it is Pablo Carreno Busta who opposes him.

Caroline Wozniacki is yet to win a Grand Slam but she has been in finals before and she will be looking to take a step towards another final in the first match on this court on Tuesday. She goes up against Jelena Ostapenko though who has a 3-0 head to head lead against her. The men’s match on this court is equally as one-sided head to head wise. It is between Dominic Thiem and Novak Djokovic with the Serb 5-0 up in their career meetings. I’m going to avoid the Rafael Nadal match on Tuesday although I was tempted by Carreno Busta with a 9.5 game start but having been burnt on that on Sunday I’m shying away from it this time.

I will play the other men’s match though where I’m not convinced a 3.5 game handicap is enough to stop Novak Djokovic beating Dominic Thiem. I’m not going to real too much into their Rome semi-final recently when Djokovic won losing just one game because Thiem had just beaten Rafael Nadal in the previous match which would have been a big thing emotionally.

ree meetings he has lost six of the seven sets he has lost 6-0, 6-1 or 6-2. Even were the Austrian to win a set or two if he runs into another one of those big margin set defeats Djokovic will cover this.

Moving to the women and I’m going with the head to head record again when Jelena Ostapenko takes on Caroline Wozniacki. Ostapenko leads 3-0 in their career and the way she is hitting the ball I believe she will make that 4-0 here. Apart from the double bagel match in the second round Wozniacki has gone the distance in every match and while nobody can doubt her heart and fighting spirit that has to run out eventually. I think it ends here.

In the women’s match of the day I’m expecting quite a close contest. Kristina Mladenovic has been through the mill in this tournament but the crowds have got her through but she faces another stiff test in the form of Timea Bacsinszky in a match which has three sets written all over it in my eyes. Even two close sets would see this one sail over 21.5 games and that is the bet I have here.