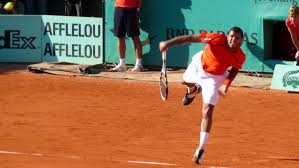 The last 16 of the French Open will conclude on the second Monday of the tournament at Roland Garros in Paris. We saw the first half of the draw play down to the quarter final on Sunday and the other half will do the same on Monday.

As expected the big names cruised into the quarter finals on Sunday with Rafael Nadal and Novak Djokovic not dropping a set but there was an upset when Milos Raonic bit the dust in five sets to Pablo Carreno Busta. In the women’s draw Svetlana Kuznetsova lost out to Caroline Wozniacki and Sam Stosur was another seed to fall but the biggest shock came when defending champion Garbine Muguruza was beaten by Kiki Mladenovic.

On the betting front it was a good day with three of the four bets winning to recoup the majority of the losses we suffered on Saturday and hopefully we can recover the rest of it on Monday too. Pablo Carreno Busta won while the two women’s matches sailed past the 21.5 games we needed. 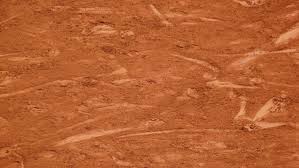 The favourite for the women’s title is first up on Chatrier when Simona Halep takes on a woman who is 4-0 against her on clay in the form of Carla Suarez Navarro. World number one Andy Murray follows them onto the court when he takes on the Russian surprise package Karen Khachanov.

The match of the day on this court is the third one up which has Stan Wawrinka taking on Gael Monfils which is sure to entertain the crowds while the finale is an all-French tussle between Caroline Garcia and Alize Cornet.

Elina Svitolina has a good looking chance to make it into a Grand Slam quarter final when she faces Petra Martic first up before Fernando Verdasco meets Kei Nishikori in what could be the most intriguing and toughest match of the day.

Kevin Anderson and Marin Cilic do battle in the third match of the afternoon on the secondary court before the last singles match of the day sees Veronica Cepede Royg taking on the highest remaining women’s seed Karolina Pliskova.

There are no singles matches on the outside courts with all the solo matches on the show courts but there is no shortage of doubles action around the grounds on Monday on what is likely to be another entertaining day of tennis.

I’m targeting three matches from a betting point of view on Monday. The first one is the clash between Fernando Verdasco and Kei Nishikori and there is enough evidence to suggest this could be a lengthy contest. The two men met here last year with Nishikori victorious in five sets and their only match since also went the distance with two tie-breaks so I’m expecting a long match.

Although Nishikori won both those matches I fancy the Spaniard could have his number here. He has been hitting the ball sensationally well so far and the destructive way he took care of Pablo Cuevas in the last round sent out a warning to everyone else. 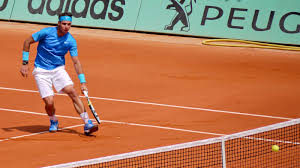 It may take some time but I think Verdasco comes through here.

That isn’t the only men’s match I expect to go on for a while as I don’t see Stan Wawrinka and Gael Monfils finding a quick conclusion to their contest either. These two are powerful players who move well and have bags of stamina so this one should be going four sets and quite possibly five which makes the over 37.5 games line appeal. I would imagine a couple of very lengthy sets here so four sets should be enough to get this job done.

I’ll play one in the all-French clash which finishes things on Chatrier too. I’m still annoyed at myself for not getting involved in Alize Cornet in her win over Radwanska in the previous round but I’m not making that mistake twice. Caroline Garcia had to go 16 games into a final set in the last round and while winning will have eased some of the fatigue 2h39 on court is going to take its toll at some point. Cornet has barely been on court for that long in the last two matches and as the fresher player I think she comes through here.

Back F.Verdasco to beat K.Nishikori for a 3/10 stake at 2.50 with Boylesports