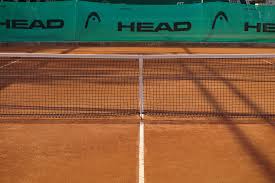 After previewing the men’s outright tournament in the French Open which begins this weekend it is time to get stuck into the women’s event. There will be a different feel to the women’s event this year with the world number two Serena Williams and Maria Sharapova both absent. That leaves the tournament wide open.

The 128 players have been pre-drawn into a knockout type draw which will be played out across the two weeks in Paris. Each match in the women’s event is the best of three sets and just like with the men there is no tiebreak in the final set.

World number one Angelique Kerber is the top seed in Serena’s absence and she heads this quarter but this one has a real open feel to it. Former champion Svetlana Kuznetsova is seeded in this section as are Roberta Vinci, Sam Stosur, Petra Kvitova, Caroline Wozniacki, Kiki Bertens and Shuai Zhang.

Arguably the pick of the unseeded players is also in this section in the form of Ekaterina Makarova while Olympic champion Monica Puig, Kirsten Flipkens and Camila Giorgi have the potential to be dangerous.

It is all about the defending champion Garbine Muguruza in this second of the draw. The other seeds in it include Venus Williams and Dominika Cibulkova along with Yulia Putintseva, Mirjana Lucic-Baroni, Kiki Mladenovic, Daria Gavrilova and Timea Bacsinszky.

The former champion Francesca Schiavone, former runner up Sara Errani and form horse Anett Kontaveit are all unseeded in this section as are the likes of Jelena Jankovic and Misaki Doi in a really competitive quarter.

All eyes will be on Simona Halep in this part of the draw not just as the highest seed but to see how she goes with this ankle injury. Elina Svitolina is the second favourite for the tournament and she is in this quarter too with Ana Konjuh, Anastasija Sevastova, Madison Keys, Elena Vesnina, Carla Suarez Navarro and Daria Kasatkina the other seeds.

There are some other big names in this quarter including Eugenie Bouchard, Yanina Wickmayer, Tsvetana Pironkova and Andrea Petkovic, all of whom will be looking to do some damage.

Karolina Pliskova, the number two seed in this event is in this quarter while all eyes will be on it because the British number one Jo Konta is also in it. They are joined from a seeding point of view by Carolina Garcia, Barbora Strycova, Agnieszka Radwanska, Anastasia Pavlyuchenkova, Coco Vandeweghe and Lauren Davis.

Some big names who aren’t seeds are in this section too. They include Lucie Safarova, Alize Cornet, Timea Babos and Irina Begu so this section will take some getting through.

I’m going with a woman from each half of the draw in this tournament. In the top half I’m firing at the wide open first quarter where Kiki Bertens is in excellent form. The Dutch star won a tournament at the weekend to boost her confidence heading into this tournament and prior to that made the semi-final in Rome and the last eight in Madrid so her clay court form is very strong. Bertens was a semi-finalist here last year and at 40/1 she looks a solid bet here.

Latvians aren’t known for their tennis players but they could find a big star this week in the former of Anastasija Sevastova who I believe could take advantage of any injury to Simona Halep in the bottom half of the draw. Halep has been something of a nemesis for Sevastova with the Romanian having beaten her in the semis in Madrid and the quarters in Stuttgart. Sevastova has been in good form for a while and can’t be dismissed at 66/1.

I’m going to have a go at one in the second quarter as well. Venus Williams showed us her best form when she made it all the way to the final in Melbourne and in her only major clay court event this season she made the quarter finals before going down in three sets to Garbine Muguruza after beating Jo Konta in the round before.

Muguruza defends a Grand Slam for the first time this week though so she might not be as comfortable and as confident as she normally would and that could open the door for someone like Venus to power through and claim the semi-final spot from the section.