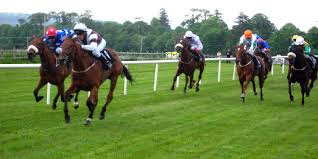 We are at the heart of the flat racing season now and although we are still waiting for summer to truly break out in the UK, we still have some excellent action to enjoy on what is a decent Saturday of racing on paper.

The big meetings come at Newmarket and York where the July Meeting concludes at the former track and one of the big races of the season takes place at the latter. We’ve picked out bets on both cards.

The Bunbury Cup is the big handicap of the July meeting & this looks a cracking renewal as the full quota of 20 do battle over the straight 7 furlongs.   There have been questions over the draw but evidence suggests high is probably the place to be, whilst despite the competitiveness & size of field, there is a distinct lack of pace & I am uncertain over who will make the running.  Motakhayyel bids to retain his crown having won the race last year but this course specialist is off 109 now & will go well to defy such a loft mark.  The favourite is Perotto who is bidding for a hat trick & comes here off the back of a win in the Britannia.  He’s a massive threat to all but the value has gone now he’s just a 4/1 shot.  If his draw in 1 isn’t a negative, it’s hard to know the ceiling of Amethist who is bidding for a 5-timer.  He’s progressed on each run & has won handicaps on his last 2 starts, including in this grade last time out.

Our selection, however, is Symbolize, a slightly frustrating horse who often promises much but fails to deliver.  That is underpinned by a 1 from 12 winning record.   However, there is enough to suggest that Andrew Balding’s gelding might just be the one to be on here.  As a 2 year old after winning on debut, he was 4th in the Windsor Castle behind Southern Hills before finishing 5th behind Golden Horde in the Richmond.  With an opening mark for his 3 year old career of 102, connections chose to pitch him into pattern company rather than sending him down the handicap route.  It was only on his last start of 7 last year when he first ran in handicap company, finishing midfield at Ascot on very soft ground which he didn’t like.  He ran well enough first time up this term when 2nd off today’s mark here at HQ before another midfield run, again when faced with heavy ground.   However, it’s his last run in the Buckingham Palace that was eyecatching.  He was drawn on the wrong side of the track & ultimately had no chance in finishing 7th of 28.  He was 2nd home in his group of 11, just half a length behind, & did hit the front inside the last furlong before not quite lasting home on Ascot’s stiff track.  He raced with the choke out for the first few furlongs too so his performance can be marked up somewhat.  Drawn in 16 here, he has a nice draw & can race prominently so all looks in place for a big run.  The final thing in his favour is the very interesting jockey booking.  David Probert has ridden the horse in all 12 career runs but today, the champ Oisin Murphy takes over & that’s enough for me to recommend him as a solid each way punt.

Just 15 minutes after the first big handicap of a super day’s racing, we have an even better looking heat with the John Smith’s Cup up at York, run over a mile and a quarter.  A maximum field of 22 is expected & we have a clear favourite in the shape of Sir Michael Stoute’s Astro King.  Arriving here off the back of an excellent 2nd in the 30-runner Royal Hunt Cup, albeit proving no match for the winner, he should go well off an unchanged mark.  Surrey Pride looks short in the betting given his wide draw & the fact rain is expected but could run into a place whilst Aaddeey is coming back in trip & needs to show us that his current mark is within reach.

Our bet in this is Lucander & he rates as a very solid each way selection.  Let’s get the negatives out of the way first; he beat only 1 home in the Royal Hunt Cup on his most recent start but I’m happy to put that down to the firm ground.  Switching to the positives, there are plenty.  He has a nice draw in 11 and has won both his starts at York, both of which were in handicaps including a hot race over course & distance last August.  He races off a mark he’s proven he can go well off, having finished 3rd in the Cambridgeshire off 1lb lower & winning here last year off 5lb lower.  However, his shrewd trainer Ralph Beckett has decided to put 5lb claimer Laura Pearson up for ride meaning he’s effectively racing off the same mark as his last win.   Pearson has a 3 from 11 strike rate for the yard, with a further 4 of her rides finishing in the first 3 so the jockey booking appears to be significant.  Finally, the horse loves soft ground & the more rain that falls the better.  Assuming that the Ascot run was a blip, I just cannot see him not being involved in the finish here.