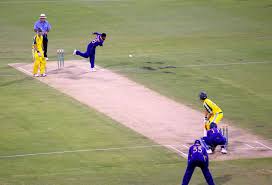 The second part of the double header in the International League T20 on Saturday sees two of the IPL owned ILT20 teams in action when the Abu Dhabi Knight Riders take on the MI Emirates in Abu Dhabi.

These two teams are having very different competitions so far. Abu Dhabi have played four and haven’t registered a win yet. MI have played just two matches and haven’t lost a game yet so it will be interesting to see if that form plays out.

This is already becoming a season to forget for the Abu Dhabi Knight Riders. I say that because they haven’t just lost four matches to begin it but they haven’t been competitive in any of them and there isn’t really a case to be made that they are getting better. If anything they are getting worse and if they reach the halfway mark for their season with a fifth loss you can pretty much write them off in terms of extending their campaign even though there would be half of it to go.

The other problem they have here is they have to back up a day after a hefty beating and that is never the easiest thing to do. Their performance on Friday, while against the Desert Vipers who it has to be said look a very good side, was dire with the ball and then horrendous with the bat. Even before they think about winning an improvement in one area would be welcome but in reality it needs a huge lift in their standard just to be competitive here.

This has been a weird start to the season for the MI Emirates. This is day nine of the tournament and match 11 yet it will be only their third match of it. They haven’t played since Tuesday so they have had a few days to recover and work out what they have done well in their two wins and where they can improve to keep their standards and motivation high. Given how terrible the Abu Dhabi Knight Riders have been so far MI Emirates will be expected to win this and win it well.

The question mark over the MI Emirates side is they have only faced the Sharjah Warriors in this tournament to date and they haven’t exactly pulled up trees so far. Emirates look a good side on paper, although I am concerned that they too have a few West Indies players who I’m convinced aren’t suited to the conditions in this part of the world. We might not get answers as to quite how good MI Emirates are here but they won’t care if they win again.

Andre Russell to his credit did deliver one of those innings that only he can in the Friday loss to the Desert Vipers. Even then his team still lost by a ridiculous amount so he needs to go even bigger in this one if that is possible.

You’ve got to think that the confidence is going to be quite low for the Abu Dhabi Knight Riders so if Will Smeed can hit the ground running he could sink Abu Dhabi very quickly. He showed in the PSL last year that he can handle these conditions and has a big stage to perform on.

This is a hard match to bet on because we don’t really know that the Abu Dhabi Knight Riders are going to contribute to the party. I suspect it won’t be too much given how they are going and how they struggled on Friday and have to back that up a day later. The odds reflect that where the MI Emirates are concerned though so we need to think outside the box a little in this one and that sends me to the MI Emirates first six runs.

The line for this one is 47.5 which is only eight an over and when you consider that they have a top four of Will Smeed, Muhammad Waseem, Andre Fletcher and Nicholas Pooran the willow is going to be swung straight up from the Emirates team. Lahiru Kumara is probably the pick of the Knight Riders seamers and he can be hit and miss. Desert Vipers put up 61 against Abu Dhabi in the powerplay on Friday and they have conceded at least 48 in the first six overs in their two games prior to that as well. I’ll play the over here.