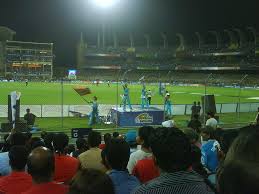 The top two meet in the Indian Premier League on Tuesday when the Lucknow Super Giants and the Gujarat Titans head to Pune to battle it out in a match which could very well determine who tops the table at the end of the first phase.

Whether the winner of this match goes on to top the table remains to be seen but they would certainly be in a great position to finish in the top two and earn two bites at the cherry to make the final should they need it so there is a lot on this match.

The Lucknow Super Giants have almost gone under the radar this season. One reason for that is because they are a new side and the natural attention still automatically turns towards the likes of the Chennai Super Kings, Kolkata Knight Riders and the Mumbai Indians. Despite being slightly under the radar, they head into this match top of the table and with the best net run rate in the competition which I always think is a sign of how dominant a team is when they are on song.

Lucknow head into this match off the back of four wins on the bounce and only one of those matches were close so they are playing brilliant cricket right now. One of the reasons for their success has been they have what you need in this competition – two openers who are getting the team off to a good start, a middle order batter in form, a couple of finishers who can boost a score and a nicely balanced bowling attack who are all taking wickets at various times of the innings. They look a good unit.

The Gujarat Titans only lost one of their opening nine matches this season but they come into this match having lost their last two. I would imagine there are plenty of people who are not surprised that their ledger of wins to losses is closing in on each other because there were a handful of those victories which they snatched from the jaws of defeat. Generally when teams are winning when they probably shouldn’t their form deviates and levels itself out eventually.

The two big issues they Titans have is their batters are slowly losing form at the wrong time and their bowlers have started leaking too many runs. In their last four matches they have surrendered 170 in three of them and would have done in the other one had it not been for the fact that the Punjab Kings reached their total of 144 with four overs to spare. They need to come up with a combination that stops going for so many runs.

Given how many runs the Gujarat Titans are leaking at the minute you would imagine if KL Rahul gets the Lucknow Super Giants off to a fast start then the bowlers might get a bit nervy and push for things that aren’t there and the leaders could get away from their opponents.

It is imperative that Gujarat stem the flow of runs against them. Their batters aren’t in form collectively so the four overs of Rashid Khan are going to be pivotal here. If he happens to help out with the bat then happy days but he needs wickets as well as four economical overs to help his side in this one.

These two teams look to be heading in different directions at the minute. The Lucknow Super Giants are on an upward curve, playing great cricket in all departments and strolling past whoever and whatever is in front of them, while the Gujarat Titans are just finding the going a little tough at the moment and while they have players in their ranks who can have a three or four over special burst they lack a collective batting or bowling unit which isn’t great.

Lucknow Super Giants keep coming at teams. There isn’t a weakness in their bowling attack and although Ravi Bishnoi probably hasn’t had the impact he would like in terms of wickets he is still keeping the pressure on. Of those who have bowled 25 overs or more in the competition only Jason Holder is going at more than 8.23 an over and he bowls at the death. Contrast that to Gujarat whose two main seamers are going at more than that and of their batters Hardik Pandya is their leading scorer this term despite missing a match and his last four scores have been 10, 3, 1 and 24. Their key players are losing form at the wrong time while the Super Giants’ ones are all hitting form so I expect the leaders to notch up another win here.

Back Lucknow Super Giants to beat Gujarat Titans for a 3/10 stake at 1.91 with Betfred