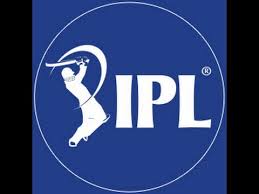 A place in the top four of the Indian Premier League table is the prize on offer in the one match in the competition on Monday when the Punjab Kings take on the Delhi Capitals in a massive clash at the DY Patil Stadium.

The winners here will not just move into the top four with one game remaining but they will be in control of their own destiny in that match. The loser won’t technically be out of the competition but they will need results to go their way to make the finals.

The Punjab Kings started out on their last match against the Royal Challengers Bangalore knowing that in all likelihood they would need to win three matches in succession to make it through to the final stages of the competition. They emphatically won the first of those and now they will be looking for a repeat of that effort in what is the biggest match of their season. If they can deliver it and get the win accordingly it will be them knowing a win over the Sunrisers in their final match will put them into the last four.

The positive for the Punjab Kings is that their top order have caught fire at the right time. You still get the feeling there is a little bit too much of a hit or miss look to their bowling attack. That said, when their batters utilise the power and clean hitting that they have in them they push their total to a score which puts the opposition under pressure and that is generally when their bowlers come into their own. That is what happened against Bangalore.

The Delhi Capitals were in a similar position to the Punjab Kings heading into their last match and like the team they meet here they were emphatic winners of the first of the three matches they need to come out on top in to allow them to extend their season. There has always been a suggestion that the Capitals will be a tough nut to crack if and when they can get it right and that was certainly the case against the Rajasthan Royals, who franked the form nicely on Sunday.

The Capitals haven’t been helped by injuries to their bowlers but slowly they are getting a unit together that they can rely on and that is making them dangerous. Mitchell Marsh is coming into form with the bat and the ball and he gives them a lot more balance so just quietly the table toppers from last season are showing why they held that lofty position. They will fancy their chances of winning out from here too.

Jonny Bairstow has come good at the right time for the Punjab Kings and if he can get them off to a fast start then it will allow Liam Livingstone the time to play himself in before he does ultimate damage. Bairstow has 50s in his last two matches and if he moves that sequence to three the Kings will be off and running.

Mitchell Marsh is starting to show the sort of form he was in when Australia won the T20 World Cup and in the Big Bash back home. His batting is powerful and he can sustain it throughout the innings and his bowling is helping out a creaking attack too.

I’m expecting a load of boundaries in this match. The top orders of these two sides are in great touch and while the bowlers of both teams are improving I’m not sure they are going to have too much joy when it comes to containing the batters that are on show here. There is a chance that Prithvi Shaw is able to make a return which will assist with the boundary hitting but even if he isn’t included in the side there should be more than enough to get beyond 38.5 boundaries on a ground where the ropes are accessible.

Both these teams have three world class aggressive batters in their top four and another one below that so there is no shortage of firepower on show here. The boundary line was in the 40s in the last match here and although it wasn’t the highest scoring game you’ll ever see there were still 40 boundaries and that gives further encouragement that the over will land here. With the likes of Warner, Marsh, Bairstow, Powell, Pant, Livingstone, Agarwal, Dhawan and Rajapaksa all going for us I think we’ll get at least 39 boundaries here.