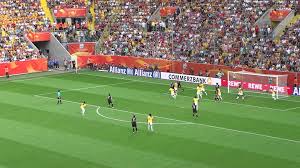 Another weekend in the MLS begins on Friday night when the bottom two teams in the Western Conference do battle as the Colorado Rapids host the Vancouver Whitecaps in a clash between sides who will be eager to win.

Between them so far this term, these two sides have played 18 matches and they have just one win to their names so if they don’t get going soon then their season will be competitively over before the mid-season break for the Gold Cup.

With a couple of draws in their opening three matches, the Colorado Rapids made an acceptable beginning to the season but six consecutive defeats since then have turned it into a horrible one and something is going to have to give soon if they are to deliver anything of a competitive note from their campaign.

If there is a positive from the first nine matches for the Rapids this term it is that they don’t need to look too deep into what they are doing wrong. They have shipped 24 goals in just nine matches this term and that is clearly far too many even in this league. They have scored 12 so there is no issue with their attacking play but if you are averaging more than 2.5 goals against you are not going anywhere fast.

It has been a slightly better start to the campaign for the Vancouver Whitecaps but if points were handed out for entertainment none would be coming the way of the Canadian outfit. Their nine matches this term have contained just 19 goals and only seven of them have been in their favour. They lost a lot of players in the close season but such a poor return was not anticipated.

There are signs of Vancouver warming to the task and picking up their form. They have only lost one of their last four matches and had a super win over Los Angeles FC not so long ago. A win here would move them onto the fringes of the top seven and all of a sudden an awful start to the season would be forgotten, and they can look up and towards what lies ahead.

Defender Kortne Ford is the only player on the sidelines for the Colorado Rapids for this encounter. Kei Kamara takes on his former club in Vancouver for the first time since he left them at the end of last season.

Vancouver Whitecaps will be without four players for this match with Yordy Reyna the most important of them. Michael Baldisimo is another who will they could miss while Jasser Khmiri and David Norman Jr make up the quartet.

In a normal league given the various statistics of the two sides I would have no problem in taking the Vancouver Whitecaps for this match but we have to acknowledge the difficulties away sides face in this league and it isn’t like the Canadian outfit are firing on all cylinders themselves. I do think they have a better structure to them but that isn’t enough really.

I certainly have no desire to get involved in the Colorado Rapids so this is going to be one of those rare occurrences where I will keep my powder dry and wait for the better opportunities which will come over the weekend. Vancouver tempt me but not quite enough to get involved. I’ll sit this one out.