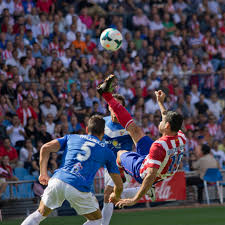 The end of the Major League Soccer regular season is beginning to draw closer and we have another round of MLS 2021 matches to look forward to over the course of Wednesday evening, as the battle for playoff places in both Conferences intensify.

There are 12 matches in total in enjoy on Wednesday evening, of which three are live on the main channels that cover this league over here in the UK. All 12 matches can be viewed on the bookmaker streaming service across the night.

The televised action begins with the race for the playoffs in the Eastern Conference in the spotlight when Atlanta United, who begin the evening in fifth position, play host to the team who are on the outside looking in who are New York City FC. At the same time the Inter Miami UK TV love in continues when Phil Neville’s men look to end a losing slump which looks to have put paid to their playoff hopes when they take on Toronto FC. There is one TV match from the Western Conference which is the latest Cascadia Cup clash as fourth placed Portland Timbers welcome the eighth placed Vancouver Whitecaps.

The Eastern Conference leaders New England Revolution are in action on Wednesday evening when they travel to take on DC United. They have already won the Eastern Conference so they might not be right at it, which gives the Western Conference pacesetters Seattle Sounders the chance to close in on them in the race for the Supporters’ Shield. They head to the Colorado Rapids who can move to within three points of the Sounders should they win. CF Montreal occupy the last playoff place in the East and they have a queue of teams chasing them down. They go to Orlando City needing a win while the champions Columbus Crew look like they are finding their form and they will hope that continues when they head away to Nashville SC. LA Galaxy and Minnesota United both need wins to keep the chasing pack at bay. Galaxy head to Houston Dynamo while Minnesota host Philadelphia Union.

I like a couple of bets in this round of matches. The first of those sees Atlanta United hosting a New York City FC whose form has completely disappeared on them. They have only won one of their last nine matches and that came against FC Cincinnati who are pretty terrible right now. Atlanta had their struggles earlier in the season but they have turned things around nicely since Gabriel Heinze was dismissed and have now won nine of their last 12 matches. They have won six of their last seven matches at the Mercedes-Benz Stadium with international absences hampering them in the other game. They look to be flying right now and can see off a New York City FC team who look to have run their race.

The other bet I like is for the Portland Timbers to get the better of Vancouver Whitecaps. We are at that part of the season where the Portland Timbers generally come to the party and they are certainly doing that at home this season. They have won their last three at Providence Park and it is looking a fortress at the minute. Vancouver are pushing hard for the playoffs this term but their better results tend to come on home soil. They have only won one match away from home all season and although this is a ‘derby’ clash which can throw up indifferent outcomes, I expect Portland to win here.

Back Portland Timbers to beat Vancouver Whitecaps for a 3/10 stake at 2.00 with Betfair

EURO2016 – Money back if England lose on Penalties to Iceland – 188Bet

Be the first to comment on "MLS 2021 – Wednesday 20th October Matches Tips, TV and Betting Preview"