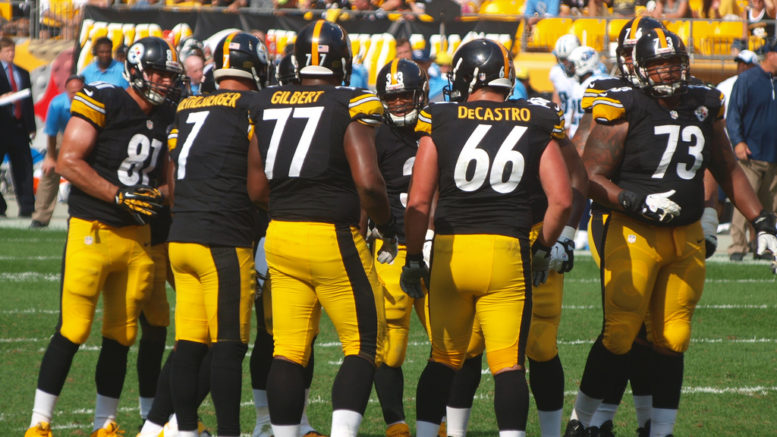 As has been the tradition in recent seasons, the first Monday Night Football of the new NFL season sees two matches being played one after the other and this year it kicks off inside the MetLife Stadium as the New York Giants host the Pittsburgh Steelers.

These two sides had very different campaigns last term with Pittsburgh reaching 8-8 but missing out on the play-offs while the Giants could only finish with a 4-12 record which was disappointing considering their hopes going into the season.

Clearly the New York Giants will be looking for a lot more this season. The NFC East looks wide open once again so going into the campaign the Giants, while not favourites for the division or anything like that, won’t need to find as much as they might have had to if they were in other divisions in order to be competitive. That is obviously a good thing but we’ll need to see an improvement from them and they’ll be strongly tested here.

Daniel Jones certainly offered up signs of hope last season. He threw for a number of touchdowns but he had fumbling issues which need to have been addressed, however if a year in the league has got him primed for what to expect he should deliver a much stronger campaign. That then puts the onus onto the Giants defence which was far too poor last season, especially against the pass. Whatever happens they will need to stand up and improve but if they do there is some hope.

When you look at the Pittsburgh Steelers last season you have to acknowledge the loss of Ben Roethlisberger so actually to go 8-8 in a pretty tough division with inexperienced quarterbacks was a much better effort in reality. With Big Ben back from injury now the obvious thing would be to expect a much stronger showing from them this time around. They tick all the boxes you need in a champion side and if they weren’t in a division with the Baltimore Ravens they would be fancied even more than they are.

One of the reasons why they were still able to perform last season without Roethlisberger was the elite nature of their defence. That unit remains strong this term and with the likes of James Conner and JuJu Smith-Schuster as weapons in the offensive game alongside the veteran quarterback, it really isn’t hard to see why so much is expected of the Steelers this season. They have the chance to lay a strong marker down here.

It will be interesting to see if there is improvement in the New York Giants this season, and if there is how much of it there is, but I’m not convinced it matters how much of it there is in this match because I still expect the Pittsburgh Steelers to be too strong. The Steelers are known as fast starters to a campaign and with Roethlisberger chomping at the bit to get back on the field and lead this side you get the feeling we’ll get a big performance from them here.

The point spread for this match is five points but I’m not convinced that is high enough. The Giants’ defence is going to be under pressure throughout and they’ll need them to come up with the goods because their offense is going to struggle to pile points on this Pittsburgh defensive structure. I’m pretty happy to get my Monday Night Football betting for the season up and running by taking the Steelers to cover the spread.

Jordan Spieth 25/1 to win the US Masters