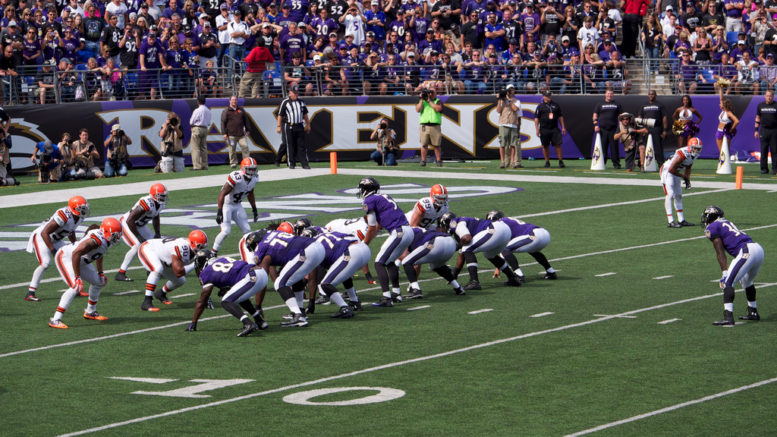 There is one match left in the opening weekend of the NFL 2021 season and as ever it comes along in the Monday Night Football. As is seemingly tradition now, the Las Vegas Raiders are the home team. They take on the Baltimore Ravens.

Both these sides will be looking to get their campaign underway. The Raiders are underachieving if they are not in the play-off reckoning come the end of the season but the Ravens head into any term expecting to be fighting for a Super Bowl place.

After an 8-8 campaign last term, the Las Vegas Raiders have plenty to build on this term. The obvious issue that they face is at the minute they are probably only able to secure a place in the postseason via the wildcard route because the Kansas City Chiefs are so strong so with that in mind they need to win their home matches and make sure they don’t get too far behind :500 in order to stay relevant. There aren’t many more than seven great sides in the AFC so a wildcard spot certainly isn’t out of the question.

I say that about their home matches because they were 2-6 at home last term although that was without fans. This is a big match for the Raiders because it is actually the first time they will have their home supporters in the stadium since they switched to Las Vegas. That brings with it a different pressure but if they are going to achieve anything this season then it is one they will need to embrace. You sense the Raiders run game will be fine but the test here is their defence and whether they can protect Derek Carr long enough to pick out his receivers.

This is the first chance to see what could be considered a new look Baltimore Ravens with a couple of handy receiving options to pep up the Lamar Jackson offense. You get the feeling their success will still come down to the plays that he makes with his feet but the fact that there is another threat should only benefit him. Usually Baltimore have been reliant on a power run game but injuries to running backs might negate that in this match.

The other thing they rely on is their renowned defence but that could be missing a couple of key cogs in this match. It is definitely missing Marcus Peters and Jimmy Smith on the other side is questionable for this one as well so it will be interesting to see how they go. With the Steelers having looked good on Sunday, the Ravens will be eager to put up a performance of their own here. Lamar Jackson tends to shine in front of the bright lights which is a positive here.

When all the issues with the Baltimore Ravens running backs was happening I was liking the look of the Las Vegas Raiders here on what is a huge night for the franchise but the injury to Richie Incognito has me a little less sure on their chances. Baltimore suddenly have a flaw to exploit and the Raiders have never been fantastic when it comes to protecting Derek Carr at the best of times so that is a huge concern it has to be said.

Baltimore are going to have issues with their running game given the injuries they have there and there might need to be a bit of gelling in the passing game before that side of the ball flourishes so I’m thinking this might be a lower scoring game than maybe it would have been if this was the week after pre-season ended. The points line is 50.5 here which just feels a little high based on all of that. Usually I don’t like taking an under in the first couple of weeks of the season but there is always a flexibility in any philosophy so it is the under for me here.