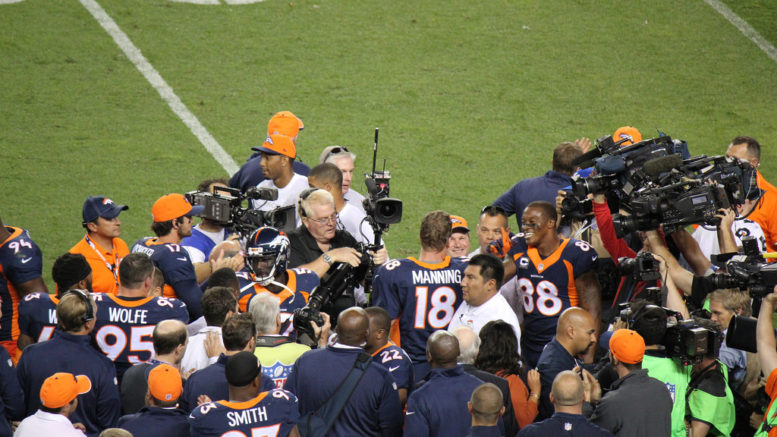 We are into Week 7 of the NFL 2021 season and it begins as always with the Thursday Night Football which sees a couple of stuttering teams in action when the Cleveland Browns host the Denver Broncos in an all-AFC clash.

Both teams begin the contest with 3-3 records for the season, which were greatly better than that at one stage but losses have caught up with each and now the aim for each of them is to get their season back into life.

The Cleveland Browns were 3-1 for their season a couple of weeks ago but then then have lost a couple of matches to the Los Angeles Chargers and the Arizona Cardinals. Neither defeat is necessarily bad on the face of it but a team who had high hopes of winning the AFC North and pushing on in the postseason certainly didn’t need their season halted in that way. The big concern for the Browns in those defeats is they came at a cumulative concession of 84 points.

Injuries have been a big issue for the Browns, never more so than going into this match where they could be without a whole host of players. Nick Chubb and Kareem Hunt are both definitely out here which accounts for their two best running backs, quarterback Baker Mayfield is hugely unlikely to feature and a couple of offensive tackles may be missing as well, as could Odell Beckham Jr. Injuries are never a good thing in this league but with a short week to prepare the Browns certainly didn’t need them this week.

It looked like there might have been a real surprise in the AFC West when the Denver Broncos started the season 3-0 while the Kansas City Chiefs were floundering a little but those roles have been reversed with the Broncos losing their last three matches and now needing something here on the short week to get their campaign back on track. It might be that the first three games were a soft schedule for the Broncos and the latter three games have been tougher. They have a chance here to show they can beat the more fancied teams.

Injuries haven’t helped the Broncos’ cause either and worryingly for them, this supposedly defensively strong side has just coughed up 34 points to a Las Vegas Raiders side who were in disarray going into the match. The other problem that occurred in that match was their quarterback Teddy Bridgewater was hit regularly and although he is expected to start in this match, he is said to be carrying foot and quad injuries which isn’t ideal. He is also without his best receiver in Jerry Jeudy.

I’m rarely one to bet on the outcome of these Thursday night games because the short week just doesn’t allow for a normal preparation but I’m especially reluctant to even consider picking a winner in this one with the two teams both having plenty of questions to answer, a number of injuries to contend with and both go into the game in poor form. This really is a match that is very hard to predict what might happen.

That means I’m going to head to the side markets for a bet and that comes in the form of the total sacks. The line is 5.5 which is probably one higher than I would like but Teddy Bridgewater isn’t going to be very mobile so he’s a sitting duck for a Cleveland side who are extremely good at getting to the quarterback. Von Miller has declared he will have a big game on primetime and with both offensive tackles potentially missing for the Browns whoever starts at quarterback is going to lack protection. Sacks should come regularly in this one.