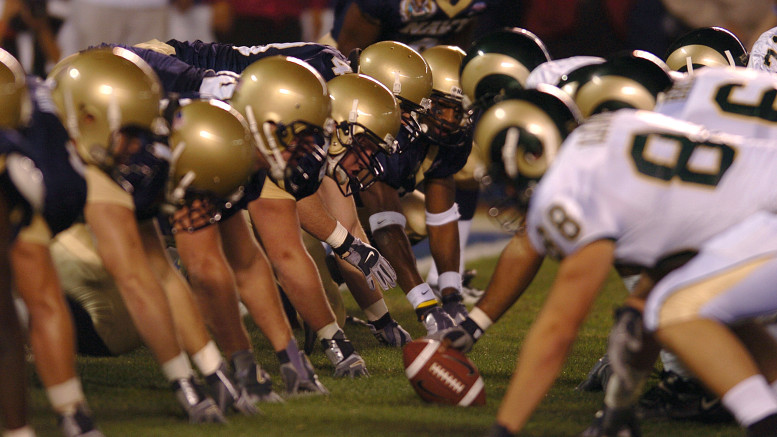 The business end of the NFL 2022 regular season is upon us and Week 14 of the campaign begins with a Thursday Night Football which sees the champions Los Angeles Rams going up against the Las Vegas Raiders.

The Rams go into this match 3-9 for their season and knowing that even were they to win out an 8-9 record isn’t going to extend their season but the 5-7 Raiders are very much in the hunt although they need to win at least four of their last five if not run the lot.

This has not been the title defence that the Los Angeles Rams would have wanted I think it is fair to say. To be fair, while not pulling any trees down, their 3-3 start was acceptable, particularly when they caught fire in the closing stages of last season. That hasn’t been the case this term though. They go into this match off the back of six successive defeats and already know they won’t be around in January to attempt to defend the Vince Lombardi Trophy.

Their fate has largely been sealed by injuries with Matt Stafford, Aaron Donald and Cooper Kupp having suffered with issues. They are probably the three most important players on the Rams’ roster and they will all be missing it. It might be that Los Angeles unleash Baker Mayfield for the first time since picking him up on waivers at the beginning of the week but he hasn’t exactly had much time to learn the playbook and the offense. The Rams’ defence is going to be tested here so it could do with some help from the offense.

You always fear for a side who have a rookie head coach in its first season when things start badly and when the Las Vegas Raiders were 2-7 under Josh McDaniels the concern was that his seat was hotter than a volcano, but to the credit of the organisation they showed faith in their man and three wins on the spin later, things are looking much better. The Raiders aren’t yet in a position where they are controlling their own destiny but they are in good form and a win here would certainly propel them into the playoff reckoning.

Their offense has been in fine form in recent times and last week the money they tied up in tidying up their pass rush finally bared fruit when Chandler Jones came out with three sacks. Him and Maxx Crosby going in on an inexperienced quarterback or one playing in Rams uniform for the first time, without much protection from the offensive line, could be a mismatch waiting to happen. That defence is likely to get plenty of rest between defensive snaps because Josh Jacobs is producing the goods on the ground.

This match is really all about the Las Vegas Raiders. I don’t think the Los Angeles Rams will just sack the season off and play for the second pick in the draft but clearly they’re not playing for much now whereas the Raiders are playing for everything and if they are to get anywhere then they have to win this match. Regular readers will know I’m no fan of taking an away team on a Thursday night, although the Raiders do tempt me because the Rams look a bit of a mess at the minute.

They are being asked to cover a fair sized handicap though and when winning is their only motivation I’ll pass that up, however if they are to win then you would imagine that Josh Jacobs and Davante Adams will have made a positive impression. I’d have been happy to get on the rushing yards of Jacobs but he is rated questionable with a calf issue which puts me off so instead I’ll take Adams to reach the end zone. He crossed twice in the win over the Los Angeles Chargers last week and has scored a touchdown in four of his last five matches, scoring seven times in total. The 17/20 that he goes in against a Rams defence which has surrendered passing plays recently looks good to me.