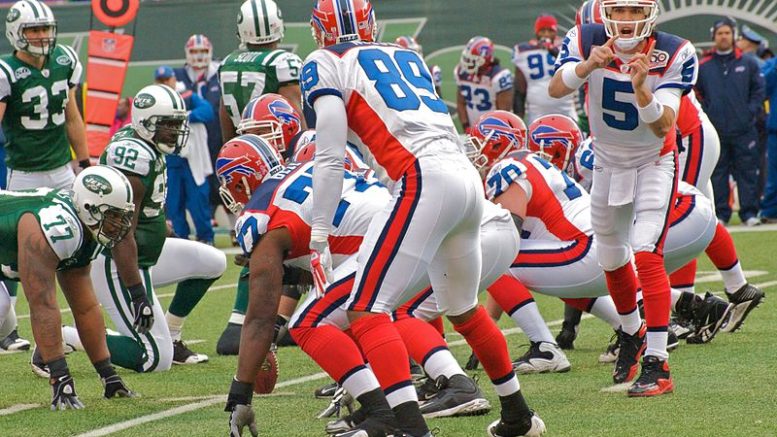 The divisional round of the NFL 2022 Playoffs concludes with another double header of action on Sunday evening and it begins with what may well be an emotional clash when the Buffalo Bills host the Cincinnati Bengals.

These two met two weeks from the end of the regular season in that match which was cancelled due to the cardiac arrest of Damar Hamlin. That is sure to invoke plenty of emotion as these two battle for the right to meet the Kansas City Chiefs next week.

To be fair to the Bills, they have bounced back from the trauma of that situation well. They eased their way past the New England Patriots the week after and then dumped AFC East rivals Miami Dolphins out of the playoffs last week. You wouldn’t say that was the best or more complete performance they could have given though and it goes without saying that they will need to be a whole lot better in this match.

Turnovers almost cost them last week so the first thing Josh Allen and his offense need to do is protect the football. A bad game can sometimes be a good thing if you survive it and get to put it right the next week and that is the case with the Bills. They will want some more plays made on defence but this is a team that has largely relied on its offense and you would imagine that nothing is going to change for this one.

The Cincinnati Bengals have done the double over the Baltimore Ravens since that infamous evening a few weeks ago and should be feeling pretty good about their chances heading into this one. The Bengals have won their last nine completed matches and are motivated by missing out in the Super Bowl last term. It would be foolish to expect anything but a strong performance from the AFC North champions even with them being on the road.

The Bengals are another side who rely on their offense to win matches but we saw last week that their defence can come up with plays and it was that department which saw off the Ravens when a fumble was returned 98 yards for the game winning score. If their defence can even slow down the Buffalo offense here it would certainly help because the offensive targets which Joe Burrow has at his disposal are very strong.

This should be a cracking match and I don’t think anyone would be that surprised if it turns into a shootout but the six point advantage that bookmakers are giving the Cincinnati Bengals just looks too big in what is a fairly even looking match. There is a case to be made that the better running game of the Bengals could mean they should be closing in on favouritism for this match, particularly with the forecast for cold weather and potential snow showers.

The problem the Bengals have is their offensive line is starting to get dismantled through injury but Joe Burrow has had that issue for most of his career and still come out on top. I really wasn’t impressed with the Buffalo Bills last week and while I accept that they can play a whole lot better I’m still not convinced that they will cover six points against the Bengals. This feels like one of those last team to have the ball wins sort of matches if the Bengals haven’t used their all-round balance to come away by then.