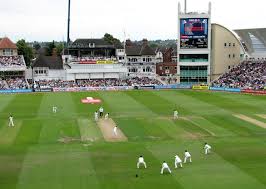 The Test series between Pakistan and England will continue on Friday when the second Test of the scheduled three gets underway in Multan, with all eyes on the action to see what the next chapter provides after an incredible opening game.

England drove the play in the opening match to some extent and eventually got the win that their efforts deserved so they have the first of two chances to win the series here. Pakistan have to win the match in order to be able to have a chance of winning the series next week.

I think it is fair to say that Pakistan were caught by surprise by the approach England took in that opening game. They would have seen how England were playing in their summer but I don’t think anyone thought it would be possible for them to use those tactics in Pakistan and have success. The home side were blown away on the opening day and knew at that point that they had four days to secure a draw which is a long time regardless of any situations.

They weren’t helped by their bowling attack being so young and inexperienced. That combination often leads to wayward bowling anyway and certainly did so in that opening game, even more so when England piled the pressure on with the bat. Pakistan nearly got out of it with a draw but couldn’t quite hold on so they have a lot of things to think about heading into this game. If their plan was to produce three dead wickets and hope their spinners would eventually get the England batters now that plan has to be rethought.

England threatened to take their aggressive style to Pakistan with them but I don’t think anyone saw what they actually delivered coming. On the face of it their aggressive approach can be considered reckless but when you consider how much time England needed back in the game to pick up 20 wickets on what was an absolute road, there was actually a real method in the supposed madness and they got the reward they deserved late on in Rawalpindi.

It is perfectly clear that England have no interest in drawing Test matches so they might even be even more aggressive in this match because even more time is going to get taken out of the game due to the smog levels in Multan. That might make them more vulnerable but it also ensures they are dangerous. This is a team which can’t be ignored and a set of players who are enjoying every minute under Ben Stokes and if they get the chance to win they won’t turn it down.

Sign up for a Boylesports account and bet £10 to get up to £20 in free bets! Perfect offer for this series! Click the image below for this great offer! New accounts only. 18+ T&Cs apply. Gamble Aware.

It is likely to be all change in the bowling department for Pakistan in this match. They will be forced into a change as Haris Rauf is injured but the likes of Mohammad Nawaz, Mohammad Wasim Jr and Faheem Ashraf could all come into the side.

Ben Stokes has already confirmed the England XI which will have one change in it. That will see Mark Wood come back into the side for the injured Liam Livingstone who has already returned home after a knee injury he picked up in the opening game.

This isn’t an easy match to bet on because although we know what the England approach will be what we don’t know is whether they will have enough time to force a result through and whether they will actually get it because by all accounts the pitch in Multan is a lot drier than the one in Rawalpindi, although I suspect England might have seen that coming given that Pakistan have to win the match to get back into the series. I will use that dry pitch for a bet though.

That comes in the form of the performance of Joe Root which at 110.5 might not be high enough. I’m not convinced Pakistan have much that is going to cause him too many issues even on a dry wicket. He improved with each innings in Rawalpindi and as light fades fast he is likely to bowl a few more overs in this match. I don’t expect Will Jacks to have the impact that he had with the ball in the first game here now that Pakistan have seen what he has to offer so I fancy Root could be the second in command to Jack Leach in the spin department. That should see him take some wickets but I expect solid contributions with the bat and when you throw in the chance of a bonus catch as well we should see the former England captain surpassing 110.5 points in this match.