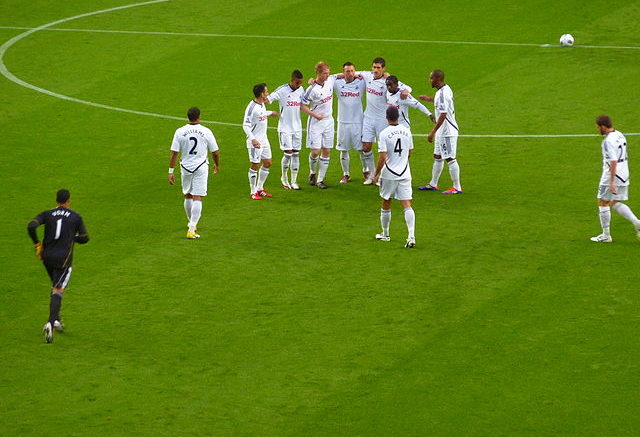 The Premier League weekend concludes on Monday evening when the last remaining game takes place when Fulham go up against Tottenham Hotspur in yet another London derby at Craven Cottage.

You wouldn’t think this would have been a battle for fifth place when the season started but that is how it has played out. Spurs currently occupy that spot but Fulham will take it off them if they come out on top here.

The match will be shown live and in full on the Sky Sports Main Event and the Sky Sports Premier League channels with the build-up beginning at 7pm and kick off taking place at 8pm.

Fulham go into this match with 31 points from their 20 matches so far in the league this season. I make that point because it is usually around this time of year that sides who aren’t established in the Premier League quote that magical 40 figure so Fulham only need nine points from their last 18 games. I don’t think that is an issue for the Cottagers though. They should be having their sights set a lot higher than just remaining in the division now.

Fulham saw a four match winning run ended at Newcastle last time out but they gave the Toon a good battle in that one and shouldn’t have come away from the defeat feeling too bad about themselves. In front of their own fans on a Monday night against London opposition they should be right up for this one and certainly have the attacking power to cause Tottenham problems. Their 29 goals against in those 20 matches is a concern though.

Things continue to go from bad to worse for Tottenham Hotspur. After putting in one of the limpest derby performances you will ever see last weekend, Spurs surrendered a 2-0 lead against Manchester City on Thursday evening and clearly this isn’t a club with much harmony at the minute. You can tell that on the pitch and certainly no secret is being made of it off the pitch. They have now fallen six points off the pace in the race for the top four so you sense this is a match they have to win.

Tottenham have only won one of their last five though so they need an elevation in form if they are going to recover and push for the top four again. Injuries after the World Cup break haven’t helped them but they are gradually getting all of their key players back and you would expect them to finish the season well, but that might all come down to what happens off the field. Tottenham haven’t lost a Premier League match against Fulham in almost 10 years which will give them some confidence.

Fulham have left-back Antonee Robinson back from suspension for this match but they remain without the long-term injury victim Neeskens Kebano. That aside, Marco Silva has a fully fit squad to select from in this match.

Tottenham will be without Lucas Moura for the short trip to Craven Cottage but that aside Antonio Conte is said to have no significant selection issues. Richarlison has come off the bench in the last two matches and could start this one.

This feels like a match where there is going to be goal action at both ends. Sometimes away teams can play a little cautiously and take a point away with them but I don’t think Tottenham have that luxury here. There is growing discontent among Spurs fans and between manager and board so I think a positive result is a must so Spurs will have to take the game to Fulham. As the home team Fulham will have something of a duty to entertain too.

These are not sides who are reliable defensively. Fulham have shipped 29 goals in their 20 matches this term and have only kept home clean sheets to Aston Villa, who were clearly downing tools under Steven Gerrard at that point, and Everton who aren’t much better. Tottenham have just one clean sheet in their last 10 matches and are suddenly conceding at a worrying rate so everything points to there being goals in this match. I’ll take over 2.75 goals here.

Be the first to comment on "Premier League 2022-23 – Fulham vs Tottenham Tips, TV and Betting Preview"